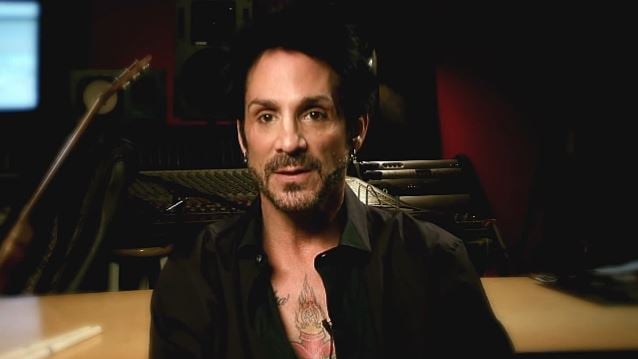 Speaking about how he is preparing for his upcoming role as the frontman of REVOLUTION SAINTS on the road after sitting behind the kit in all of his previous bands, Deen said: "I'm gonna do the best I can. I guess I look at it that way. I mean, I've always been challenged as a drummer. With every band or every artist that I've worked with, they've always challenged me as a player to bring out the best in me. Being a lead singer, and being out in front, I'm gonna give it a shot, and I'm gonna give it my best shot. And I believe it'll work. That's all I can do is have faith that I'm gonna go out there and be the best I can."

He continued: "I mean, I've been sitting behind some of the greatest frontmen of my time. Especially [current JOURNEY singer] Arnel [Pineda]. If you look at Arnel, he's the most amazing frontman ever. So I'm taking a cue from all these guys and learning. I'm not just sitting back there playing my drums, I'm watching. [Laughs]"

Deen also talked about how Arnel stepped in and became the lead singer of JOURNEY in late 2007 after JOURNEY guitarist Neal Schon stumbled upon a clip featuring then-unknown Pineda performing with his cover band at the Hard Rock Cafe in the Philippines.

"He came in and he humbly accepted that part and I believe he had sold it," Deen said. "The kid is just amazing. I call him a kid, 'cause he's three years younger than me, but he's not a kid. He's just an amazing vocalist, and, honestly, an amazing frontman."

He continued: "When he was running around in that [first] show [Editor's note: Pineda made his debut as the band's new singer in front of 20,000 fans at the Viña del Mar International Song Festival in Chile], dude, it was, like amazing. 'Cause I was a little concerned. I knew he had the voice, but [I was thinking], 'Is he gonna be able to work a crowd? I mean, he's been working clubs.' But, dude, he just came out and he wailed. It was no holds barred. He just went out and nailed it, and commanded the audience. And we knew then. It was, like… Even though the [rest of the] band was going, 'Wow, man you need to slow down. You just need to sing the parts.' They didn't realize that he was singing all the parts and still running around. He's amazing."

REVOLUTION SAINTS' self-titled debut album was released on February 24 via Frontiers. The CD, which was produced by Alessandro Del Vecchio (HARDLINE),features Castronovo on lead vocals and drums, Blades on bass and vocals, and Aldrich on guitar.

The project was initially the vision of Frontiers president Serafino Perugino, who for years had hoped to work on a project where Deen would be the lead vocalist. Having previously worked with all three artists on different projects on Frontiers, getting Deen, Jack and Doug together was a dream come true for the president of the label. With production overseen by in-house Frontiers man Del Vecchio (who also contributed to the songwriting and played keyboards on the album),the recording process happened in Portland, Oregon during the summer of 2014. 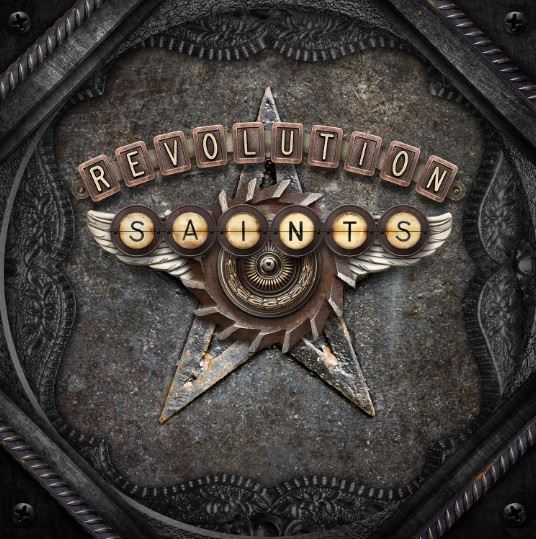