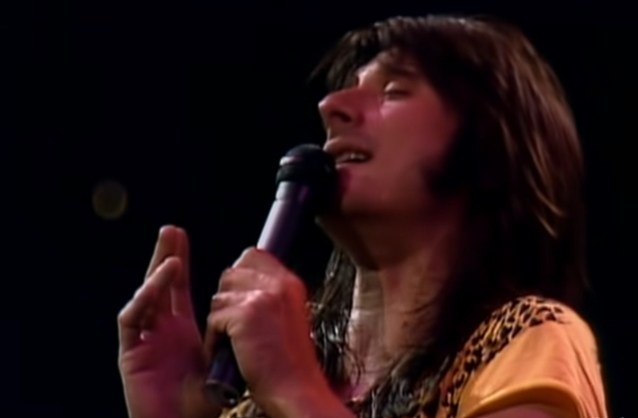 JOURNEY guitarist Neal Schon commemorated the milestone by posting a screenshot of the band's Spotify page, and he included the following message: "Wow!!! Thank you Fans!! We are Over 1 Billion Streams on Spotify Don't stop BelievinQUEEN is the ONLY other band at this point. Congratulations guys".

He added in a separate tweet: "JOURNEY and QUEEN the Only 2 Bands Ever to Attain more then 1 Billion Streams individually for 'Dont stop Believin' and 'Bohemian Rhapsody' Cheers Friends".

In a 2009 interview with CBC's "Q" cultural affairs show, former JOURNEY singer Steve Perry said he always thought "Don't Stop Believing" — which is also the top-selling digital download of a track not originally released in this century, according to Nielsen SoundScan — had potential as a single. It was always a hit with live audiences, though it didn't get great radio play at the time it was issued, he said.

"When we were doing the song in 1981, I knew something was happening, but honestly, when I saw it in the film 'Monster' with Patty Jenkins, I started think, 'Oh my goodness there's really something.'"

Current JOURNEY singer Arnel Pineda, who has been fronting the band for 14 years, told CBS News in 2012, "Even before I discovered 'Don't Stop Believin'', it has been my motto — you know, to never stop believing in myself. The life that I've gone through, all those hardships, I never stopped believing that someday there is something magical that will happen in my life."

Last year, at the beginning of the coronavirus pandemic, "Don't Stop Believin'" had become a rallying call for patients recovering from COVID-19 at two hospitals in New York and Michigan. The 1981 hit was being played at Henry Ford Hospital in Detroit, Michigan and the New York-Presbyterian Queens Hospital during celebrations for patients prevailing over the coronavirus.

Wow!!! Thank you Fans!! We are Over 1 Billion Streams on Spotify Don’t stop Believin Queen is the ONLY other band at this point. Congratulations guys 🌎🎶🔊🔥🔥🔥🔥♾📢@NealSchonMusic@JourneyOfficial@TheJonathanCain@StevePerryMusic@Spotifypic.twitter.com/FKoinW7XpX

JOURNEY and QUEEN the Only 2 Bands Ever to Attain more then 1 Billion Streams individually for “Dont stop Believin” and “Bohemian Rhapsody” Cheers Friends ♾ pic.twitter.com/PdCa1nWIlR