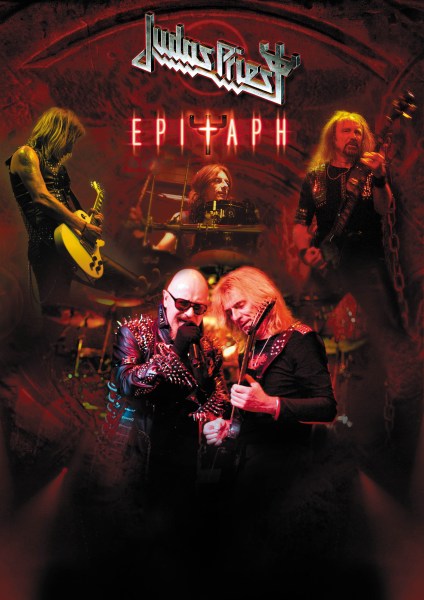 Marko Syrjala of Metal-Rules.com conducted an interview with bassist Ian Hill of British heavy metal legends JUDAS PRIEST when the band played in Helsinki, Finland on April 22. A couple of excerpts from the chat follow below.

Metal-Rules.com: This is the very first JUDAS PRIEST tour ever without K.K. [Downing, guitar]. So is anything different now and do you still miss him?

Hill: We always miss him. I mean, he was a huge part of the band, you know, after all those years, a founding member way back in the late Sixties with myself. So, yeah, everybody is going to miss him, he was a huge character. But from a musical point of view, Richie [Faulkner] is handling everything that he played, you know, and he's adding his own flavors and his own particular style as well, so it's something that the fans won't… musically won't miss that much because Richie's doing such a good job.

Metal-Rules.com: Richie's doing great on stage, but how are his songwriting skills? I mean, have you already been writing new material with him?

Hill: Well, we'll see. We'll be going back in the studio after this leg of the tour. We're trying to get an album out towards spring next year, maybe. And then we'll see from the writing point of view and when he's in the studio and he's doing his own stuff rather than trying to interpret someone else's. I think we'll see then, you know, his true talent, I suppose.

Metal-Rules.com: This "Epitaph" tour is going to end in end of May…

Metal-Rules.com: …and there no any dates booked for JUDAS PRIEST after that, so what's going to happen after the tour is finished?

Hill: We take some time off in the summer; we all go and have a holiday and recharge the batteries and then, like I said, the plan is to get into the studio and put down a little record. That will probably take maybe six months or so something like that, so we may be doing a string of dates to promote that. It won't be a world tour you like it is now. It will be shorter strings and dates that, unfortunately, it will be the last time in some places that you'll get to see us live. But we'll try and get to each country at least, if you know what I mean. Instead of doing five or six shows in one country, maybe we'll we just do two or three, you know, and cut it down like that.

Metal-Rules.com: If I remember right, Glenn [Tipton, guitar] already said sometime in early 2011 that you already have some songs written for the next album?

Hill: Yeah, that's true. Yeah, yeah, three songs are already almost complete, but they were recorded before Richie had tried to do any work on them, so that will have to be reworked just to an extend to fit Richie in. But yes, those three songs are nearly completed and three of them have had their heads together and they've got a lot of ideas, lot of chord sequences, rifts and whatever, you know.

Read the entire interview from Metal-Rules.com.