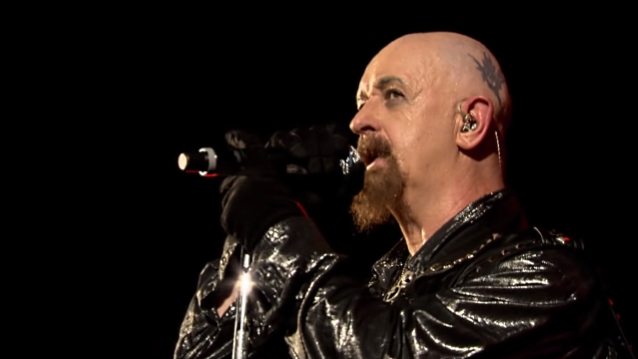 British heavy metal legends JUDAS PRIEST have confirmed that they will be on the bill when their previously postponed European tour with Ozzy Osbourne gets rescheduled in 2020.

Ozzy originally postponed the European leg of his "No More Tours 2" tour in January due to illness. The tour was set to kick off on January 30.

This past week, Ozzy announced that he was canceling his 2019 tour after aggravating years-old injuries (from his 2003 ATV accident) that required surgery last month.

JUDAS PRIEST released a statement earlier today assuring fans that they will be part of Ozzy's tour when the new dates get announced later in the year.

"We all wish Ozzy a really speedy recovery and hope he's back to 100% health very soon," JUDAS PRIEST tweeted. "The OZZY/JUDAS PRIEST UK/European leg will be rescheduled in 2020 and as soon as everything is in place we will be announcing the dates."

Osbourne, 70, had been dealing with pneumonia, and "will remain under doctor's care in Los Angeles as he recovers," a press release stated.

Late last year, Osbourne had to postpone a number of dates in the U.S. after contracting a staph infection. He then rescheduled those dates for this summer, when he was supposed to be touring the U.S. with MEGADETH. After performing at a New Year's Eve one-off Ozzfest, he popped a blood vessel in his eye before saying he got pneumonia.

JUDAS PRIEST will return to the United States this spring for a run with fellow classic heavy rockers URIAH HEEP. The 32-date trek will kick off on May 3 at the Seminole Hard Rock Hotel & Casino in Hollywood, Florida and wrap on June 29 at The Joint at Hard Rock Hotel in Las Vegas, Nevada.

We all wish Ozzy a really speedy recovery and hope he's back to 100% health very soon - the Ozzy/Judas Priest UK/European leg will be rescheduled in 2020 and as soon as everything is in place we will be announcing the dates....