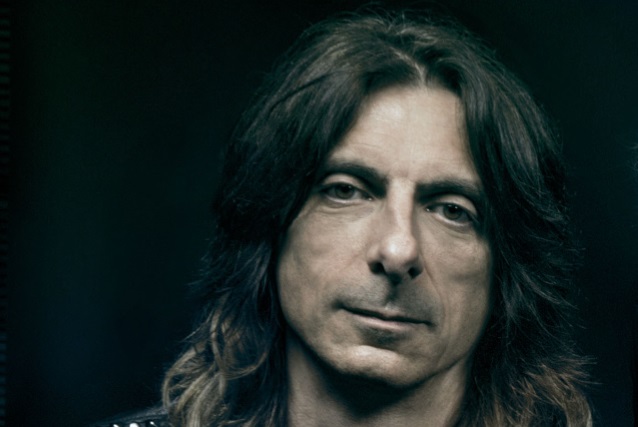 JUDAS PRIEST Drummer On ROCK AND ROLL HALL OF FAME: 'We'll Get In Eventually'

JUDAS PRIEST drummer Scott Travis says that he is convinced that his band will "eventually" be inducted into the Rock And Roll Hall Of Fame.

Speaking to "The Liquid Conversations" host Shawn SixX about the Rock Hall snub, Travis said (hear audio below): "A lot of people have asked everyone in the band at different times. Even before the Rock And Roll Hall Of Fame, before the actual voting came down, they were, like, 'What do you think? Do you think [you will get in]?' And I've always maintained — me, personally — I was, like, 'Dude, if PRIEST doesn't get in this time, we'll get in next year or the year after or five years from now. But you cannot have the Rock And Roll Hall of anything with music and not have the band JUDAS PRIEST in there. We'll get in eventually."

Travis's latest comments echo those made by PRIEST singer Rob Halford, who told The Portland Mercury that he was "a little bit disappointed" by the band's exclusion from the Rock Hall. "For us it's all about getting more metal into the halls there. Our friends from METALLICA are in there. [BLACK] SABBATH is in there. You pay your dues."

He continued: "It's funny, really. We got more mileage out of not going in than if we would've got in. Our fans are furious! They're still furious. That's the love that our fans have got. We love our fans dearly. We wouldn't have gotten anywhere in life without our incredible fans that support us. Fingers crossed. Eventually, I think we'll get in there."

The North American leg of the "Firepower" tour kicked off on March 13 in Wilkes Barre, Pennsylvania and wrapped on May 1 in San Antonio, Texas.