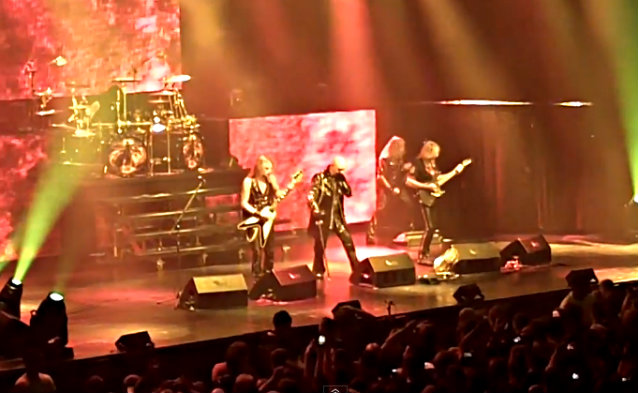 14. You've Got Another Thing Comin'
15. Living After Midnight
16. Defenders Of The Faith

Asked if there was a negative vibe swirling around the band during the "Epitaph" tour, JUDAS PRIEST guitarist Glenn Tipton told Guitar World magazine: "I don't know if it was a negative vibe around us as much as it was a little bit unsure of what the future held for JUDAS PRIEST. For me, the 'Epitaph' tour was one of the most satisfying and gratifying tours we had ever done. It was a grueling task to go out and play for two and a half hours every night, but to play a song off every album brought out a lot of sentimental feelings, and I think we all rose to the occasion. But there was a little bit of uncertainty around the band — what we were going to do next, that kind of thing. And it wasn't until we started writing the album and really getting into the meat and potatoes of it that we realized, Hold on, this is going to be more than just another album — there's something special going on here. And that starts to breed enthusiasm. You look forward to the future. You look forward to playing these songs onstage. So I think the band has evolved since the 'Epitaph' era into a different way of thinking. We've never been more content, and we're excited about the future."

Added PRIEST singer Rob Halford: "In light of the 'Epitaph' experience, if and when the final note is played, we certainly won't be announcing it. I think it's just going to happen one day, and that's probably the nicest way to do it. You take very small steps back until you're done, and I think it'll be that way for us. But the fact that PRIEST's music will live forever, the way Beethoven and Bach's music lives forever, that really is the most incredible accomplishment that you can dwell on and feel proud of."

Regarding whether it was disappointing to join a legendary band like JUDAS PRIEST and suddenly have people speculating about the group's demise, guitarist Richie Faulkner said: "When I came onboard and was welcomed into the family, I was very aware of where the band were in their career. Not that I wasn't already aware of it, since I'm a fan of the band, but it certainly wasn't something I was going to pass up just because there's a chance that the band was coming to the end of its career. And maybe if there was any sense within the band of winding down, maybe I'm the one who's keeping them going. And some people out there might not like me for that, but what was I going to do? Not join the band? Sometimes you just have to take the bull by the horns. And as a result, here we are with 18 new studio tracks and a new JUDAS PRIEST album." 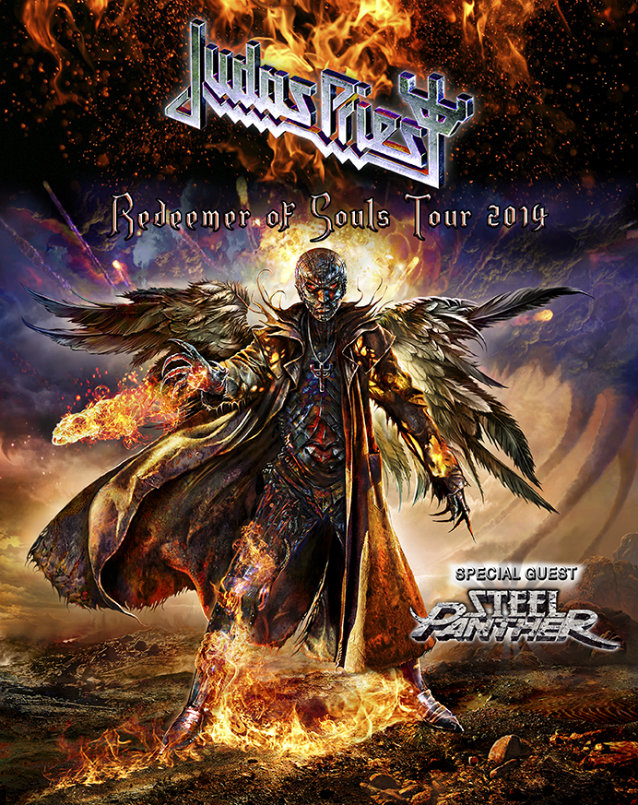