To celebrate the 35th anniversary of JUDAS PRIEST's classic album "British Steel", Dark Matter Coffee and JUDAS PRIEST present the ultimate hesher coffee. On Tuesday, April 14, the coffee and cassette combo will be unleashed via the Dark Matter Coffeeweb site and its three Chicago retail locations. Each bag of "British Steel" coffee will come with an old-school cassingle, featuring "Grinder" and "Snakebite" (while supplies last).

Says Dark Matter Coffee in a press release: "The Great Halls of Metal were fashioned by JUDAS PRIEST — in their studs and leather with everything faster, heavier — guitars, amps, power — blazing around the planet — higher, louder… SOARING in EPIC PROPORTIONS! Their all-out sonic attack cemented their place as the firebrand for British heavy metal.

"Does anything cut as deep as 'British Steel'? NO! The songs comprising this landmark record yielded both monumental commercial success, capturing the attention of the broader uninitiated … while also producing anthems to those already deeply enmeshed in a turbo charged new genre. PRIEST unleashed this razor sharp maelstrom onto the collective consciousness and we've thankfully never been the same since! Instantly recognizable for their peerless attack, the fuel for this inexorable juggernaut must be both ebullient and unremitting. The brewed crude sparkles cup after cup, sin after sin. Death to false coffee."

In celebration of the 30th anniversary of "British Steel", JUDAS PRIEST toured North America and Japan in the summer and fall of 2009, each night playing the album in its entirety.

"British Steel" was originally released in April 1980 and was the band's first platinum Top 40 album in the United States and their first Top 10 studio album in the United Kingdom. Columbia/Legacy re-released this seminal album May 11, 2010. There is a "British Steel" 30th-anniversary standard edition available, as well as a "British Steel" 30th-anniversary deluxe edition box set, available only through JudasPriest.com. The standard edition features a CD of the original nine-song album, plus two bonus tracks, as well as a DVD featuring a "Making of British Steel" interview, as well as full concert footage of the 16-song set from the 2009 "British Steel" tour, filmed live at the Seminole Hard Rock Arena, Hollywood, Florida. The deluxe edition features all this, plus a CD of the live recording from the Seminole Hard Rock Arena concert. 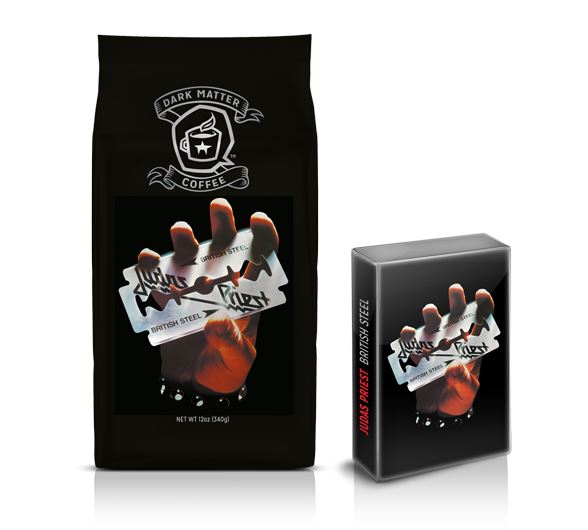