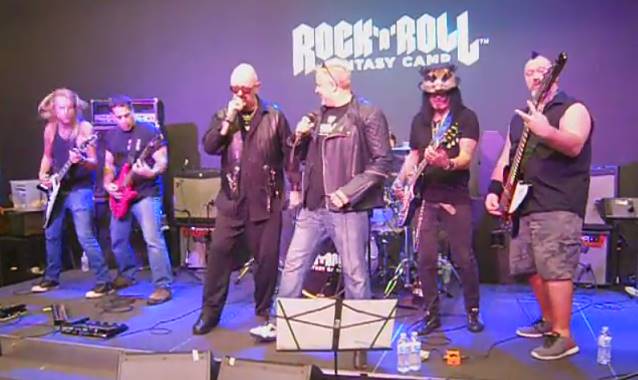 Commented JUDAS PRIEST: "We had a great time at the Rock 'N' Roll Fantasy Camp in Las Vegas. [We] met some great fans and had a really good time performing with all the campers bands and seeing some old friends!"

Check out photos at this location. Video footage can be seen below.

Halford told Billboard.com last August that the fantasy camp organizers wanted PRIEST to participate "for quite a long time, actually. Just because of various points on the colander, we were never able to attend and to be involved."

"I think they're just looking for some professional tips and want to hear from the voice of experience," Halford said about the campers. "It's one thing to sing in the shower and it's another thing to sing on stage. They're two totally different worlds. So it'll be an opportunity for me to do the best I can to answer questions — How do you sing this note? How do you manage to scream like that? How do you breathe? How are you able to keep up that type of intensity? I'll try to explain myself as best as possible and give some insight into what it's like to be a metal singer."

JUDAS PRIEST is putting the finishing touches on its new studio album for a tentative late 2014 release. Halford described the CD's sound to Billboard.com as "hard. It's heavy. It's something we think our PRIEST fans will be thrilled with. We know we have a reputation to maintain, and we know we have to deliver something really strong and solid. The album is going to be full of all the great things you love about JUDAS PRIEST — I don't think I can say anything more than that without being hung, drawn and quartered." 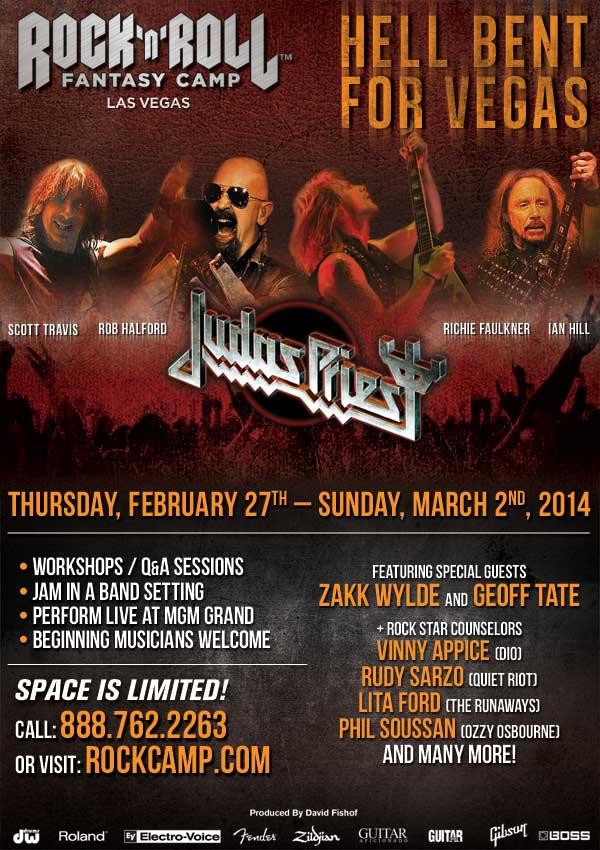