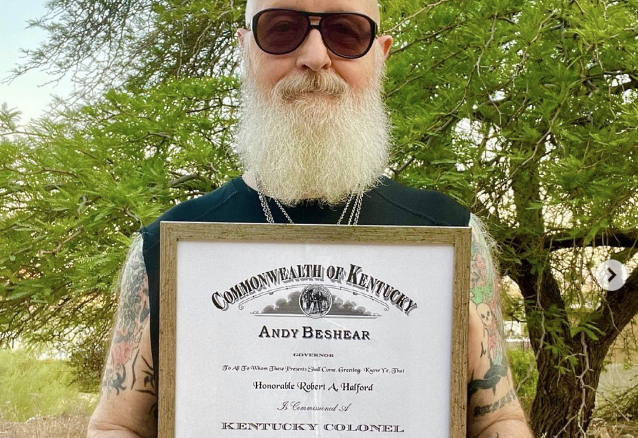 JUDAS PRIEST singer Rob Halford has been honored by the Commonwealth of Kentucky with the title of Kentucky Colonel, given to individuals in recognition of noteworthy accomplishments or outstanding service.