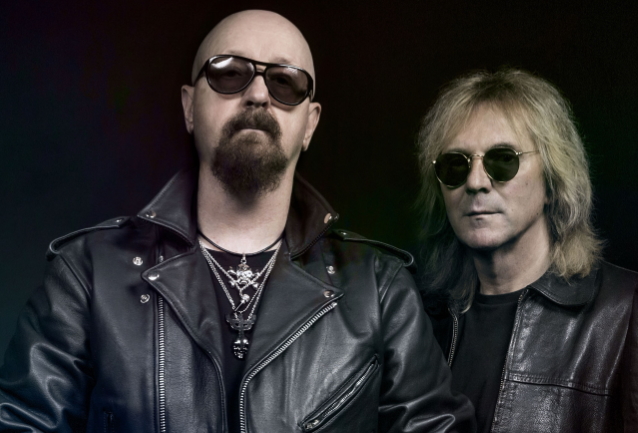 Asked for an update on Tipton's health, Halford told Brutal Planet Magazine (hear audio below): "He's good. He's a hero. We talk about him in [the song] 'No Surrender', on 'Firepower'. He's just this incredible, strong person that sends out a message that if you're dealing with Parkinson's, you can still live your life. It's been very challenging for him as a musician, but he's not letting it stop him. He's still able to utilize certain techniques to use the guitar still, which is great. He's still an active member of JUDAS PRIEST. And he looks good, sounds good."

He continued: "I'll be talking to him later on this week, actually — we're having our end-of-year chatchat. And I can't wait to see him next year, because PRIEST is gonna go back on the road. I don't know whether Glenn's gonna be able to make any of the shows. Hopefully he will; it's totally up to him. He came out on some of the dates on the 'Firepower' tour, and the PRIEST fans go mental, they go ballistic when he walks out on stage. He's such a beloved person in many, many ways.

"But, yeah, he's good. And I can't wait to see him early next year when I get back over to the U.K."