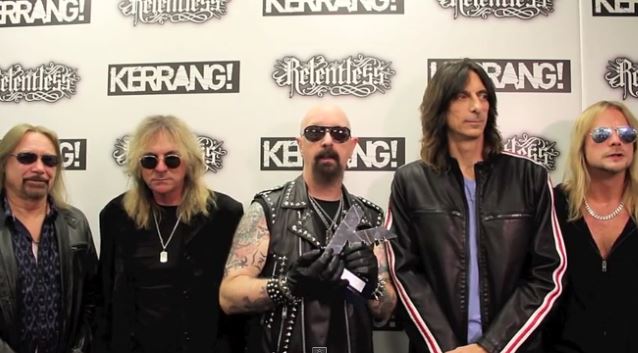 British heavy metal legends JUDAS PRIEST were honored with the "Inspiration" award at this year's Kerrang! Awards, which were held Thursday night (June 11) in London, England.

All five members of JUDAS PRIEST were on hand to accept the gong at the ceremony at Troxy, where Alice Cooper was handed the "Legend" prize.

A video message from JUDAS PRIEST about their "Inspiration" award can be seen below.

Kerrang! editor James McMahon said: "What a night. You know why Kerrang! continues to grow well into our 30th year? Because we are the anti-boring. The anti-conservative. The anti-bland.

"At what other music awards ceremony would you find Marilyn Manson being attacked by a zombie or Alice Cooper being taught card tricks by Dynamo?

"Tonight was the pages of Kerrang! made flesh. A celebration of amazing music, lust for life, noise, community and fun. Does anyone have any aspirin?"

The winners at the Kerrang! Awards were: 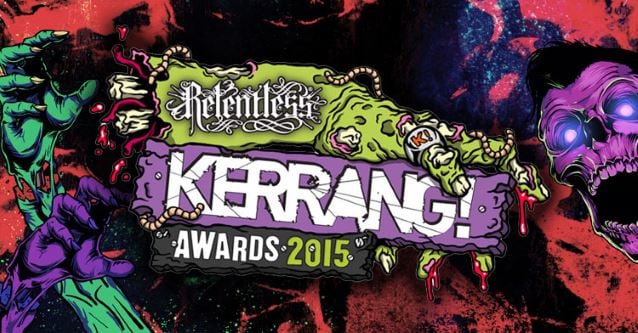