K.K. DOWNING: 'I Think JUDAS PRIEST Had A Bit Of An Identity Crisis From The Beginning'

The back cover of former JUDAS PRIEST guitarist K.K. Downing's forthcoming autobiography can be seen below.

"Heavy Duty: Days And Nights In Judas Priest" will be released on September 18 via Da Capo Press. The book was co-written by the Scottish author and journalist Mark Eglinton, whose previous collaborations include "Official Truth, 101 Proof" with Rex Brown of PANTERA and "Confessions Of A Heretic" with BEHEMOTH's Adam "Nergal" Darski.

The pulled quote from Downing on the back of the book reads as follows: "I don't remember exactly when the thought first entered my head, but I can remember thinking on more than a few occasions, 'You know, I'm really not sure about our image…' On reflection, I think JUDAS PRIEST had a bit of an identity crisis from the beginning. There was always a bit of a question mark about the band's look. To me, it never seemed to say anything — and in the earliest days of our career, I suppose I actually saw that as a good thing."

In a message posted to his official Facebook page, Downing said: "My life story is something that I am very proud of — even though I suspect that some of the details will surprise you just as they did me as I lived through them.

"Recollecting my life as I have done in this book has often brought me to close to tears, but has also made me laugh with the fondest memories. It is true that I have made many friends along the way but it is also true that I have made some enemies. But one thing is for sure: the music that has been everything to me has not only been my salvation, but has also brought me closer to the people of so many nations — and I can honestly say that I consider all of you to be my very dear friends.

"'Heavy Duty' is now destined to come your way in September, and it is my proudest moment to be able to share it with you."

"Heavy Duty" official book synopsis: "JUDAS PRIEST formed in the industrial city of Birmingham, England, in 1968. With its distinctive twin-guitar sound, studs-and-leather image, and international sales of over 50 million records, JUDAS PRIEST became the archetypal heavy metal band in the 1980s. Iconic tracks like 'Breaking The Law', 'Living After Midnight' and 'You've Got Another Thing Coming' helped the band achieve extraordinary success, but no one from the band has stepped out to tell their or the band's story until now.

"As the band approaches its golden anniversary, fans will at last be able to delve backstage into the decades of shocking, hilarious, and haunting stories that surround the heavy metal institution. In 'Heavy Duty', guitarist K.K. Downing discusses the complex personality conflicts, the business screw-ups, the acrimonious relationship with fellow heavy metal band IRON MAIDEN, as well as how JUDAS PRIEST found itself at the epicenter of a storm of parental outrage that targeted heavy metal in the '80s. He also describes his role in cementing the band's trademark black leather and studs image that would not only become synonymous with the entire genre, but would also give singer Rob Halford a viable outlet by which to express his sexuality. Lastly, he recounts the life-changing moment when he looked at his bandmates on stage during a 2010 concert and thought, 'This is the last show.' Whatever the topic, whoever's involved, K.K. doesn't hold back.

"With the band at the beginning through his retirement in 2010 (and even still as a member of the band's board of directors),Downing has seen it all and is now finally at a place in his life where he can also let it all go. Even if you're a lifelong fan, if you think you know the full story of JUDAS PRIEST, well, you've got another thing coming."

Earlier in the year, Downingreleased a statement in which he said that he was "shocked and stunned" that he wasn't approached to rejoin JUDAS PRIEST following Glenn Tipton's announcement that he would no longer be touring with the band.

In his statement, Downing said that he knows "now more clearly than ever" that he did the right thing by leaving the band when he did "as it seems that my time spent in the band, and my value in terms of crafting its huge legacy, was and is unappreciated by more than one member."

During a 2015 interview with Guitar International, Downing elaborated on his reasons for leaving PRIEST. He said: "I had lots and lots of reasons for not continuing, as I wasn't content with things as they were. I wasn't happy with the band's live performance. I thought it could have been better; not that the fans would notice. To me, PRIEST was always a stealth machine and that's what I liked about it. Even though you get older, you still need to be able to deliver the goods. People came a long way and paid a lot of money to see us, so you've got to make sure you still give 110 percent. I thought that should be inherent and what it should always be."

K.K. also said that he didn't think his return to PRIEST would "ever, ever happen." He explained: "Obviously I'm quite happy for Richie Faulkner to be in the band. But I really wasn't expecting to have someone who had so many familiarities as me, the looks and everything. At a glance, nothing too much has changed for the fans." 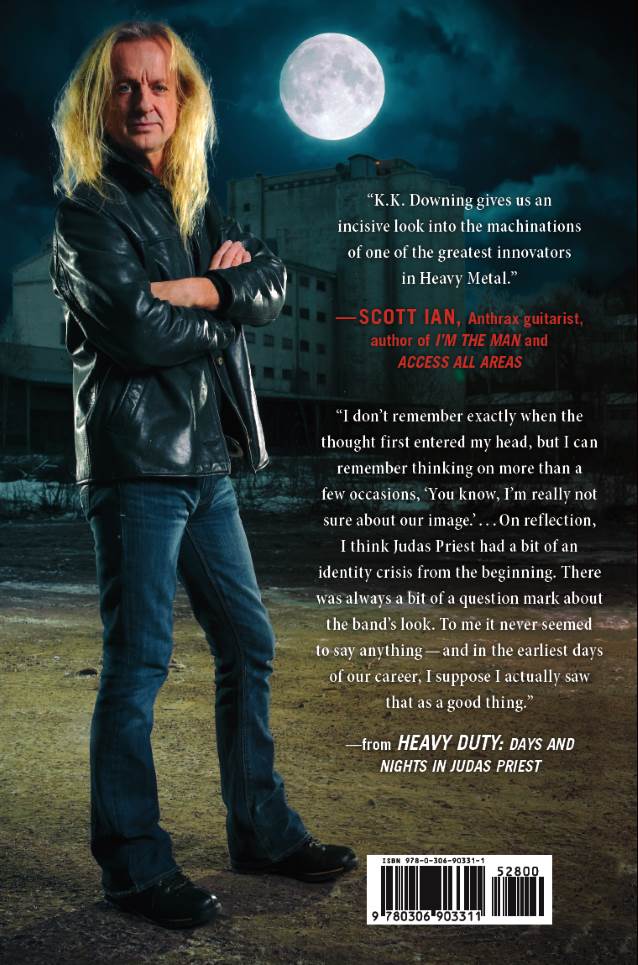 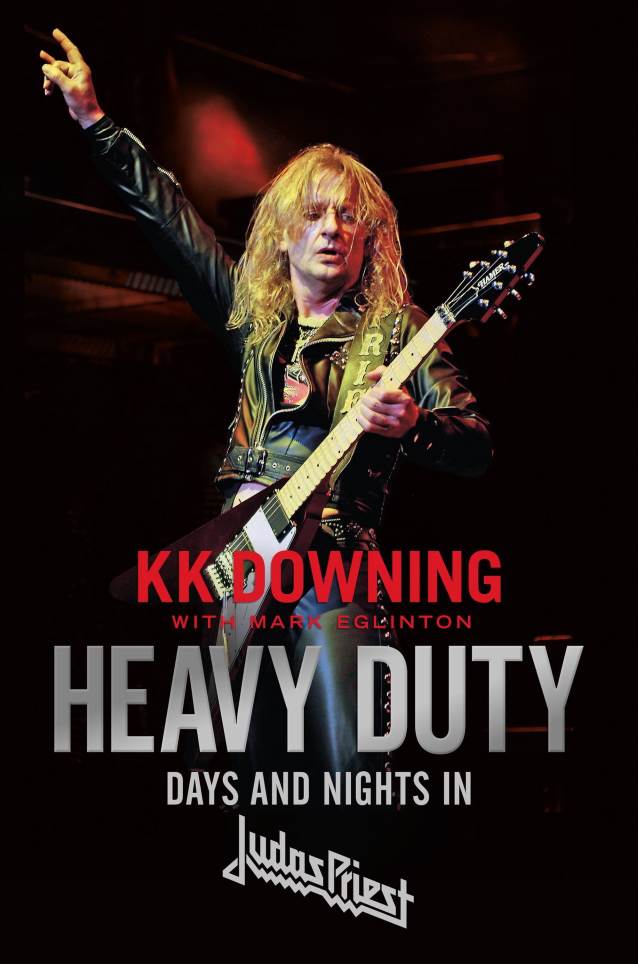