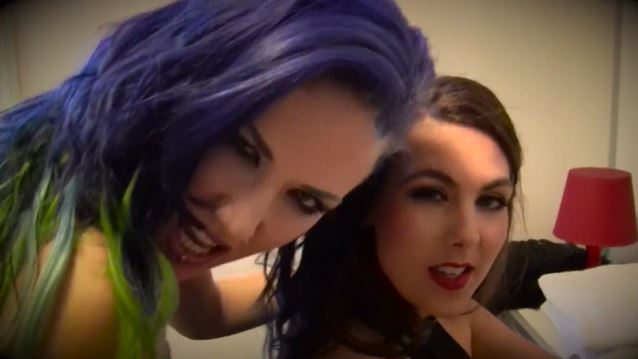 Behind-the-scenes and performance footage from KAMELOT's June 6 performance at the Sweden Rock Festival in Sölvesborg, Sweden can be seen below.

Keyboardist Oliver Palotai sat out KAMELOT's fall 2013 North American tour so he could stay home with longtime girlfriend Simone Simons, (EPICA singer) as they awaited the birth of their first child. Filling in for him was Coen Janssen of EPICA.