KAMELOT has parted ways with longtime drummer Casey Grillo and has replaced him with Johan "Jo" Nunez.

Prior to the recording of KAMELOT's upcoming album, "The Shadow Theory", Casey informed the band that he had made the difficult decision to pursue other music and touring opportunities, in addition to the desire to focus more time on his drumhead company.

"Casey has been my friend and colleague for nearly 20 years," said KAMELOT guitarist Thomas Youngblood. "We have seen and done a lot together both in and outside of KAMELOT. As his friends, the band and I respect his decision. I'm sure that we will all still be hanging out together when we have down time."

In a statement announcing his departure, Casey said: "First and foremost, I would like to thank all of the KAMELOT fans around the world for your support during my time with the band. It has afforded me the opportunity to travel the globe, meet the most amazing people, experience so many cultures, and to share some of the most memorable experiences of my life. Between the various other musical endeavors I am involved with, along with my rapidly growing business, DrumStatic.com, it really just became evident it was time for me to explore and focus on these new opportunities without compromising the exclusivity KAMELOT needs and deserves.

"I sincerely ask for you all to give a warm welcome to Johan Nunez and to embrace him as the new drummer. He is a great guy and will proudly represent and continue the KAMELOT legacy!"

The technical musical arrangements and intense touring demands drove the band to enlist a proficient and energetic musician which would fit perfectly within the KAMELOT machine. The new KAMELOT drummer, Johan "Jo" Nunez, is a 29-year-old drum master and instructor who has been touring and playing albums with Marty Freedman, Gus G., FIREWIND, NIGHTRAGE and more.

"We knew Johan already from touring and he worked with us on the entire recent European tour," said KAMELOT bassist Sean Tibbetts. "He's a sensational drummer, and was an easy choice in my mind. Be sure to make him feel welcome, and bug him for a photo; he's a super-nice dude!"

Nunez stated: "I am thrilled to join the KAMELOT family! I've known the band for well over 15 years and always looked up to Casey as a drummer, so it was a big honor for me when I was asked to step in.

"I have toured in the past with KAMELOT and I could see how dedicated and loving their fans are! Everybody in the band and crew has been wonderful and already made me feel at home, so I'm really excited to meet you all soon on the road!"

The band wishes Casey all the best in his future musical and business journeys. As part of the KAMELOT family, he will continue to work behind the scenes with band.

Grillo has been filling in for QUEENSRŸCHE drummer Scott Rockenfield since April 2017. Scott is taking time off from the band's touring activities to spend time with his son, appropriately named Rockson.

"The Shadow Theory" will be released on April 6 via Napalm Records. The follow-up to 2015's "Haven" features all the signature elements of KAMELOT and also sees the band step out to add new and industrial elements along while combining amazing emotions that harken to the band's earlier days. The group's epic new music is chock full of symbolism relating to how the band feels about the world and the current state of civilization.

Youngblood stated: "'The Shadow Theory' album is a psychological journey through the complexity of the human mind. We are subjected to stimuli constantly through media, technology, social experiments and AI. Can we still be social creatures in the near future? 'The Shadow Theory' is an album that is mixing many worlds, giving the listener an ecape within our own realities. This album was written and recorded over the entire year and we are really proud of the song elements and diversity on 'The Shadow Theory'."

"The Shadow Theory" was helmed by acclaimed music producer Sascha Paeth and mastered by Jacob Hansen. Guests on the album include Lauren Hart (ONCE HUMAN),Jennifer Haben (BEYOND THE BLACK) and Sascha Paeth. The cover and artwork was created by Stefan Heilemann. 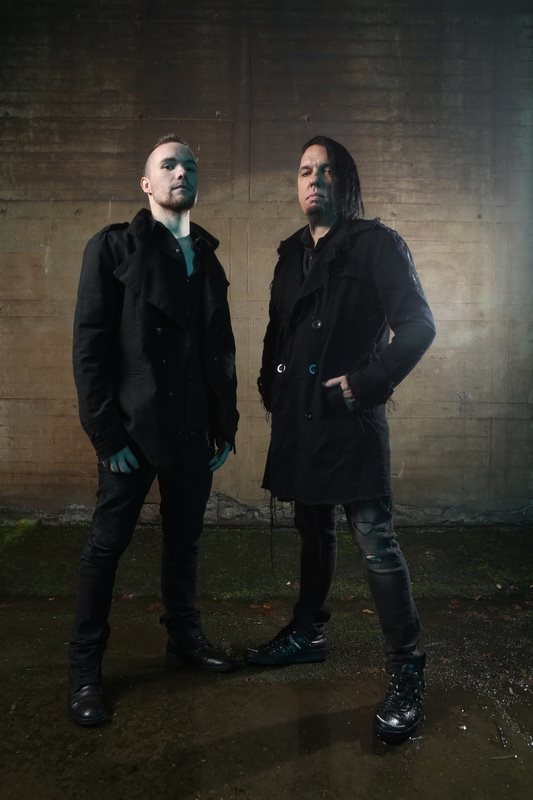