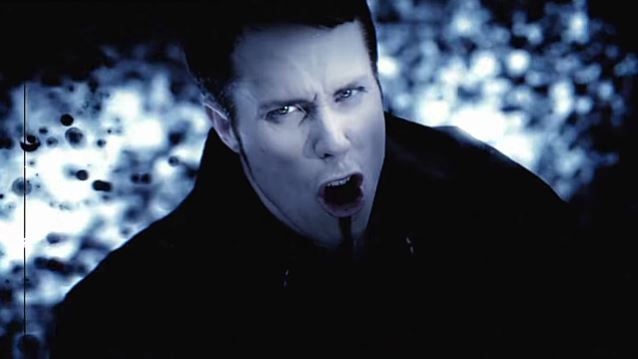 TBFMonline.co.uk conducted an interview with Tommy Karevik, the Swedish vocalist who has been fronting KAMELOT since 2012, at this year's Hammerfest, which took place last month at Hafan Y Mor Holiday Park, Pwllheli , Gwynedd, North Wales. You can now watch the chat below.

Speaking about his approach to stepping in for KAMELOT's previous singer, Roy Khan, who left the band in 2011, Tommy said: "I get this question a lot, obviously. For me, it was a matter of not disappointing the old fans and still bring out a little bit of myself. Maybe this new album now [the forthcoming 'Haven'], the second album with me, is a little bit even more myself. But still, I put a lot of myself in the first album [2012's 'Silverthorn'] as well — not SEVENTH WONDER style, not my old band style, but still me. But still, I really… I felt like I owed it to the people to have some similarities with the old singer, with the old style of singing, which I found very challenging as well, really cool."

He continued: "I just see it… I don't wanna see it like I stepped in and took over and like that. For me, it's more like carrying on the legacy as well. The thing [is], they have an amazing back catalog before me, and why not be happy for that? And also see that there's possibility to go forward — make new albums and make new cool stuff, but still have the old stuff. No one's gonna take that away from the fans. So I just try to honor that era of this band also by emulating some of that stuff."

"Haven" will be released worldwide (excluding Asia) via Napalm Records as part of an exclusive licensing deal through the band's Kamelot Music LLC. The CD will be made available on May 5 in North America and May 8 in the rest of the world.