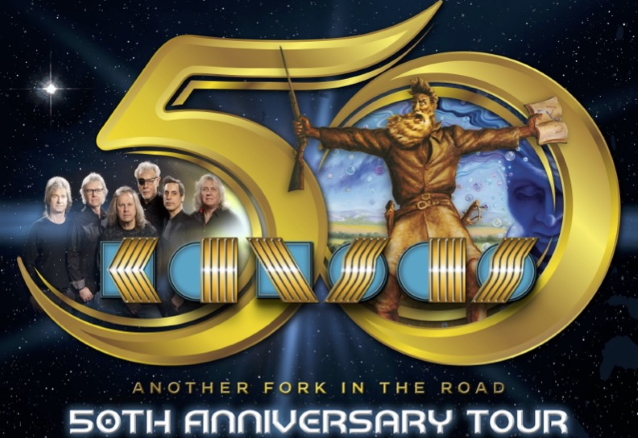 KANSAS, America's legendary progressive rock band, will embark on its 50th-anniversary tour this spring. Dubbed "Another Fork In The Road", which is also the title of the group's recently released career-spanning compilation, the trek will kick off June 2 in Pittsburgh and run through January 28, 2024 in Fort Lauderdale, Florida.

"Our entire career has been a winding journey," KANSAS guitarist Richard Williams said in a press release. "Whether it's been the 'original' lineup signing with Don Kirshner, years on the bus, touring with QUEEN, worldwide success peaking with 'Leftoverture' and 'Point Of Know Return', the valleys of the '90s and 'dinosaur bands' losing steam, various lineup changes, to our most recent 'rebirth' and success of our latest new music over the last eight years — there have been several forks in the road of that journey. This 50th-anniversary tour and release will represent that journey and the forks along that road."

Added singer Ronnie Platt: "I'm incredibly excited about the 50th-anniversary tour. I tell people I'm not allowed to create a setlist, because it would be five hours long. There are so many songs I want to perform live. I think fans will be excited not only to hear our hits and fan favorites spanning 50 years of KANSAS but also some songs that haven't been performed live in decades."

"Another Fork In The Road" 50th-anniversary tour dates:

With a legendary career spanning five decades, KANSAS has firmly established itself as one of America’s iconic classic rock bands. This "garage band" from Topeka released its debut album in 1974 after being discovered by Wally Gold, who worked for Don Kirshner, and has gone on to sell more than 30 million albums worldwide.

Composing a catalog that includes sixteen studio albums and five live albums, KANSAS has produced eight gold albums, three sextuple-platinum albums ("Leftoverture", "Point of Know Return", "Best Of Kansas"),one platinum live album ("Two For The Show"),one quadruple-platinum single ("Carry On Wayward Son") and another triple-platinum single ("Dust In The Wind"). KANSAS appeared on the Billboard charts for over 200 weeks throughout the 1970s and 1980s and played to sold-out arenas and stadiums throughout North America, Europe and Japan. "Carry On Wayward Son" continues to be one of the top five most played songs on classic rock radio, and "Dust In The Wind" has been played on the radio more than three million times!

The summer of 2020 marked the release of "The Absence Of Presence", KANSAS's sixteenth studio album, which debuted at No. 10 on Billboard's Top Current Albums chart. The wide-ranging progressive rock album, released by InsideOut Music, follows-up 2016's "The Prelude Implicit", which debuted at No. 14 on the Billboard 200 chart. 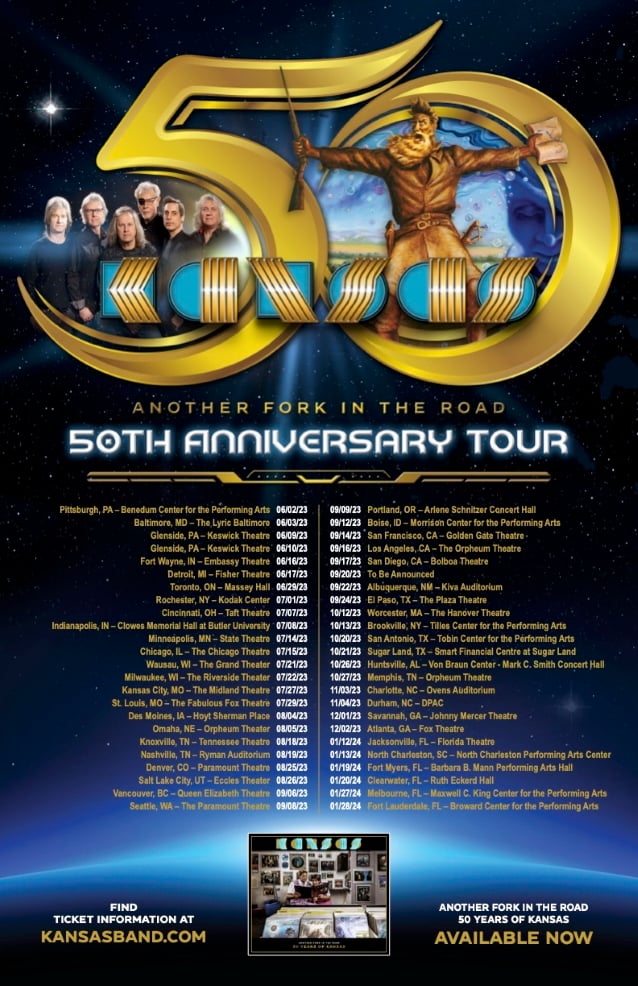