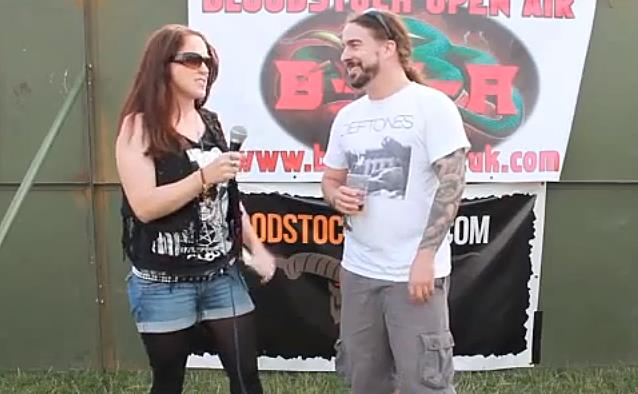 On August 10, Redd of Bloodstock Radio conducted an interview with guitarist Jean-François Dagenais of Montreal, Quebec, Canada-based death metallers KATAKLYSM at the Bloodstock Open Air festival at Catton Park, Derbyshire, United Kingdom. You can now watch the chat below.

KATAKLYSM will embark on a European headlining tour in January 2014. Support on the trek will come from KRISIUN and FLESHGOD APOCALYPSE.

"It's been almost three years since our last club tour in Europe and we are so excited to come back and blow off the roof of every club next January and February," says Iacono. "We've built an album that will stand the test time and will need many headbangers, body surfers and mosh pits to give it justice and we are building a special show that you will never forget. This time, after almost a decade we have decided to tour the U.K. as well, after seeing the reactions at this year's Bloodstock Open Air. There's no doubt it's time to come destroy. Raise your pints!"

KATAKLYSM's new album, "Waiting For The End To Come", will be released on October 29 in North America via Nuclear Blast. The artwork by Eliran Kantor (TESTAMENT, HATEBREED) will be featured on the deluxe digipak and LP versions of the effort. The previously released cover by Peter Sallai (SABATON) will be featured on the standard jewel case and limited edition cassette tape versions.

"This other version of the new art made by Eliran Kantor represents a more iconic and epic approach,” commented Iacono. "A man representing all of humanity, shaking the foundation of existence and ultimately beginning the process of destruction. The main foundation is depicted here as the famous KATAKLYSM 'tribal sun' logo. It does not represent the end of KATAKLYSM by any means; more the beginning of a new era after the end of a certain existence." 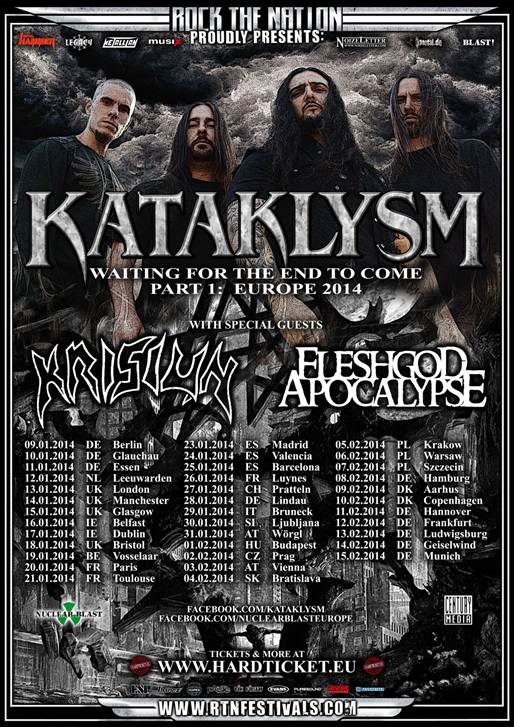