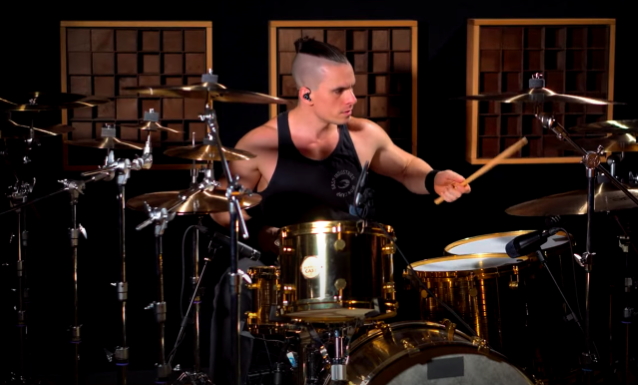 Oli announced his exit in a social media post earlier today. He wrote: "KATAKLYSM and I have officially parted ways. I'd like to thank them for the 8 years of live action and having worked on 4 albums together. Wishing them all the best.

"A new chapter is beginning, as I'm breathing new life and never been happier.

"I want to take this opportunity to thank EVERY SINGLE ONE of you who's shown support all over the years. Lots of exciting things ongoing, and I can't wait to share them with you."

KATAKLYSM said in a separate statement: "We would like to thank [Oli] for his work on the past four albums and his professionalism on the live stage over the last few years. We wish him all the best with his future endeavors.

"With that being said, we are excited to welcome acclaimed Los Angeles-based drumming monster James Payne (HOUR OF PENANCE, HISS FROM THE MOAT, VITAL REMAINS) to the KATAKLYSM family. James will be behind the throne for the upcoming 'Unconquered' world campaign and beyond. Please Give him a warm welcome."

Payne said: "I am thrilled and honored to join KATAKLYSM and participate in a piece of their amazing legacy! I've been a fan of the band since I was in High school, and to think of sharing the stages around the world with them is incredible! I can't wait to start this experience and give the fans all I have behind the drums at every show we'll play and beyond."

In addition to KATAKLYSM, Beaudoin has played with such bands as EX DEO, NEURAXIS, BELPHEGOR and KEEP OF KALESSIN. He is also a drum clinician and instructor who performed at the Montreal Drum Fest 2011.

Kataklysm and I have officially parted ways. I’d like to thank them for the 8 years of live action and having worked on...