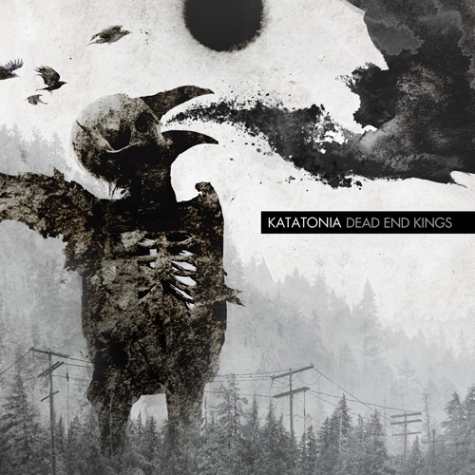 An audio snippet of "Lethean", a brand new song from the Swedish dark rock band KATATONIA, can be streamed in the teaser video for the band's "Dead Ends Of Europe" headlining tour. Check it out below. The track comes off the group's forthcoming album, "Dead End Kings", which is scheduled for release on August 28 (one day earlier internationally) via Peaceville Records. The CD, which will feature a guest appearance by Norwegian singer Silje Wergeland (THE GATHERING),was recorded over a two-month period at Stockholm's Ghost Ward studios and the band's new, as-yet-unnamed headquarters. David Castillo returned to "twiddle the knobs," while band co-founders Anders "Blakkheim" Nyström and Jonas Renkse handled the rest of the production duties.

Commented Renkse: "'Dead End Kings' is about the corridors of our mind from where there is no return. Be a king or queen in your own right in these hallways, even at the dead end. Carry your burden with pride. That's what we are doing, twenty years and counting. Kings, because we believe in what we are creating, in our own disturbing faith."

Added Anders: "This album has doors revolving into many different genres of music but remain disguised within the KATATONIA trademark. We have walked the fine line between attempting not to repeat ourselves but also not to distance us away from what people know and love. We're now ready to hand over the evidence and whatever the direction this has taken is now for you to decide. We're confident the creativity and passion on this album is something that will be echoing even beyond the dead end."

"Our seal of identity is on here for sure," Nyström told Decibel magazine. "We haven't gone and changed our sound, but we've further explored some different angles of good music, and that's what we need to do to keep the focus. It might not be so obvious to some, but to others it will be a bigger deal. So, sure, a few surprises and a few songs going off territory are in there, but overall this album is a natural follow-up to [2009's] 'Night Is The New Day', and that is what we wanted to do."

In a recent interview with Loud TV, Nyström stated about the overall musical direction of the band's new CD, "It sounds definitely like KATATONIA; it's a KATATONIA album — solely KATATONIA album. The difference this time is that we maybe even pushed the differences even further. If you compare some of the songs, they could be almost in difference categories of genres, but the interesting thing here is that we have managed with our sound and the production and our performances to make it sound like it's not that far apart; it sounds like it's the same band. But if we would give the songs to some other band, it would sound very, very different. So I'm really happy with that. It was a big challenge. Like, for instance, you could have a song that is going totally off into this singer-songwriter territory, and you could have another song that goes into one of the most aggressive, heavy songs we've ever done, but when I listen to those both songs back to back, I can hear it's the same band doing [them]."

When asked if the new KATATONIA album is the kind of record that will take several airings to really register with the listener, Nyström said, "Yes. It might be even more like that this time [than in the past], probably, which is a good thing. I was nervous in the beginning and a little bit insecure with how we were gonna pull this album off and what people were gonna think and everything, but now I have this total calm about it; I am totally positive and confident that we have made the album that we needed to do and also what people expect from us. It might take a few listenings to get into the whole thing, but that will stay longer in your listening collection — you will not get tired of it in the first place; I am totally sure of it."

On the topic of the lyrical themes cover on the new KATATONIA album, Nyström said, "The lyrics are, actually, a mixture of trying to be as direct and easy as possible but also remaining a very cryptic feel at the same time, which is a very cool paradox. We're not trying to make it too complicated, but it might be… I mean, the words aren't too complicated, but the meaning of the songs is encrypted. And that we are very eager to see how people will react to and how they will define the meanings of these lyrics. 'Cause they're easy to read, easy to access, but the meaning itself might not be that easy [to decipher]." 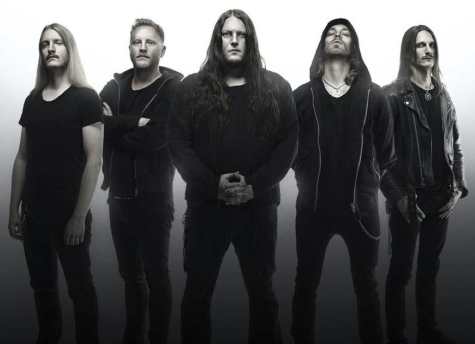