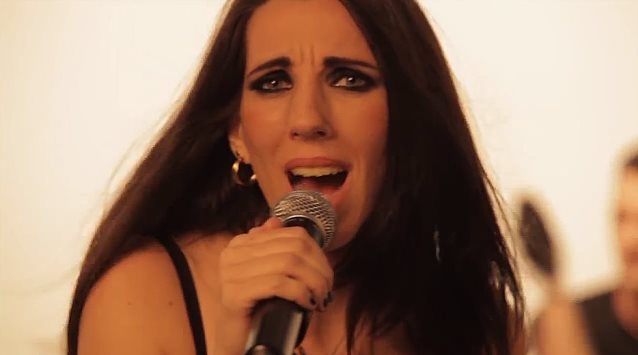 "Ghost Society", the new video from French female-fronted symphonic metallers KERION, can be seen below. The clip was directed, produced, filmed and realised by Willdric Lievin of You Will Production at Studio de la Victorine in Nice, France.

"CloudRiders Part 1: Road To Skycity" was produced by Will Lievin (HAMKA). The artwork for the album was created by Genzo (World Of Warcraft) and contains characters and scenes of the story.