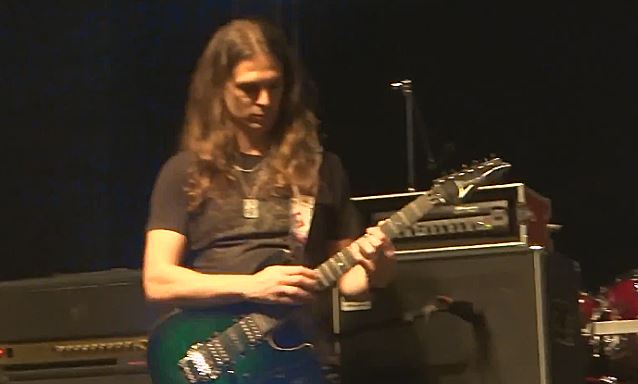 Brazilian guitarist Kiko Loureiro (ANGRA),who is rumored to have been enlisted by MEGADETH to play on the band's new studio album, was met with "MEGADETH" chants by the crowd during his appearance yesterday (Friday, March 20) at SESC in Osasco, São Paulo, Brazil. Check out video footage below.

As BLABBERMOUTH.NETfirst reported on March 14, MEGADETH is rumored to have hired Kiko and drummer Chris Adler (LAMB OF GOD) to play on the group's next CD.

If true, Adler's involvement with MEGADETH would apparently be limited to studio work only, and he would not be expected to join the band on the road to promote the CD, which is currently being recorded in Nashville, Tennessee.

MEGADETH was still finalizing the recording lineup for its new album two weeks ago, with the band's mainman, Dave Mustaine, tweeting on March 10 that he was "excited to be auditioning one of my final picks for my new guitarist today."

The group has yet to officially announce replacements for drummer Shawn Drover and guitarist Chris Broderick, who quit MEGADETH last year.

Kiko's latest solo album, "Sounds Of Innocence", was released in Japan at the end of June 2012 and was made available in the rest of the world in July 2012. The CD features guest appearances by Virgil Donati on drums and Felipe Andreoli (ANGRA, ALMAH) on bass. One track also features LIVING COLOUR bassist Doug Wimbish. The effort was produced by Kiko Loureiro, mixed by Dennis Ward and mastered by Jürgen Lusky. 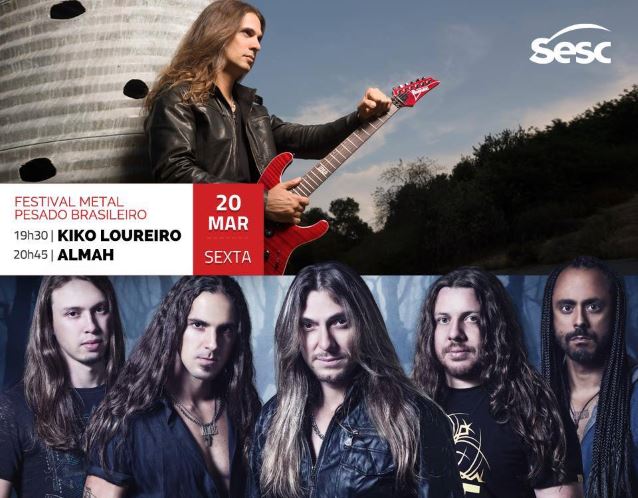