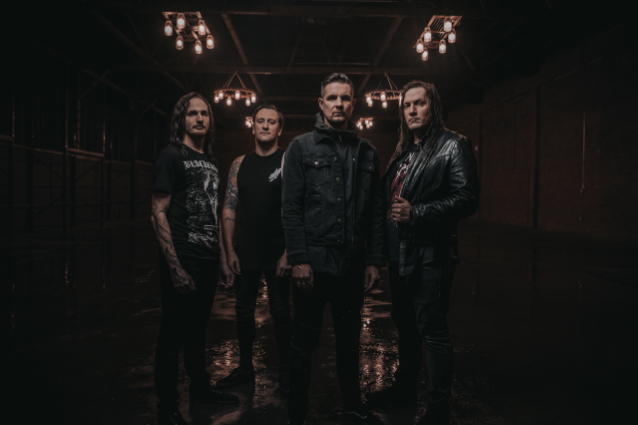 Fearless Records has announced the signing of KILL THE LIGHTS, the band featuring former members of BULLET FOR MY VALENTINE, STILL REMAINS and THROW THE FIGHT.

The official music video for the song "Shed My Skin" can be seen below.

"'Shed My Skin' is about accepting the 'real' you and being comfortable with yourself," says singer James Clark. "It's about understanding that we are all broken and we are all flawed. We need to stop struggling in silence and need to reach out and ask for help before it's too late. I personally struggle with anxiety, depression, and self-esteem issues, and some days life can be too much and I'm okay admitting that — because that is the true me. As the lyrics say, 'I'm not bleeding. I'm just broken, and ready to shed my skin.' We are all the same — I am you."

As a founding member of Welsh metal titans BULLET FOR MY VALENTINE, Thomas lived a rock'n'roll dream that few ever get to see with their own eyes — winning awards, selling millions of albums, touring with his idols, and playing numerous sold-out headline shows, becoming one of the biggest metal exports in U.K. history. After parting ways with the band he formed to focus on his family four years ago, 2020 sees the drummer extraordinaire back where he belongs in international new band KILL THE LIGHTS.

"I'm super grateful and excited to be back. I can't wait for everyone to hear this," grins Moose, of the new project completed by Clark (THROW THE FIGHT),guitarists Jordan Whelan (STILL REMAINS) and Travis Montgomery (THREAT SIGNAL).

KILL THE LIGHTS has been confirmed to perform at U.K.'s Download festival on June 14.