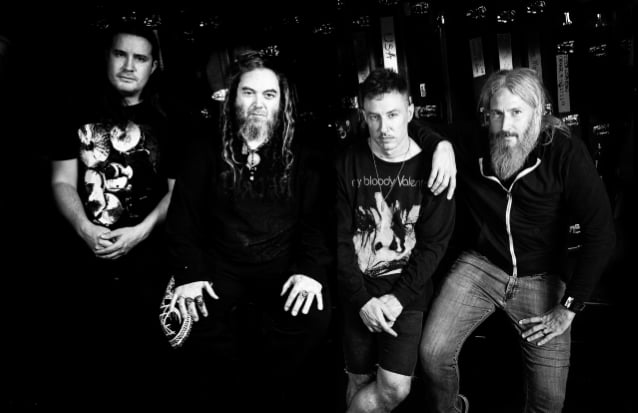 KILLER BE KILLED will release its sophomore album, "Reluctant Hero", on November 20 via Nuclear Blast. The third single from the LP, "Inner Calm From Outer Storms", can be streamed below.

Troy said of the song: "'Inner Calm From Outer Storms' is about having the ability to sense a distant or unseen target. It explores a journey of reckless abandon where the destination may, or may not, actually exist."

Puciato agreed, saying the lyrics reference "the idea of being open to the freedom of having chaos be a state of existence."