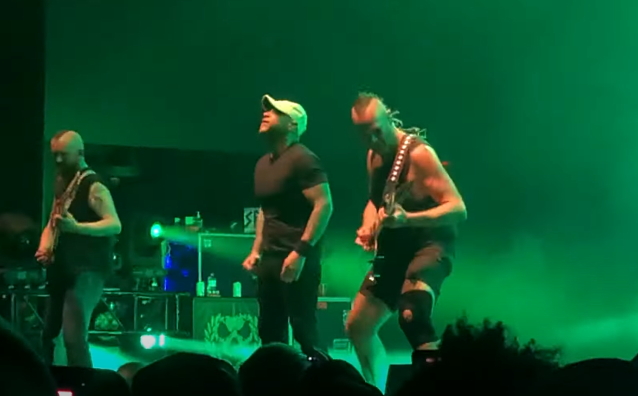 Former KILLSWITCH ENGAGE singer Howard Jones rejoined the band on stage at the opening concert of the Massachusetts metallers' U.S. tour Friday night (January 28) at Stage AE in Pittsburgh, Pennsylvania to perform three songs, "The Signal Fire", "Rose Of Sharyn" and "The End Of Heartache". Fan-filmed video of his appearance can be seen below. Support on the trek is coming from AUGUST BURNS RED and Jones's current group LIGHT THE TORCH.

"The Signal Fire" is taken from KILLSWITCH ENGAGE's latest album, "Atonement", which came out in 2019.

KILLSWITCH ENGAGE's current singer Jesse Leach said that he wrote "The Signal Fire" lyrics "with Howard in mind and our connection through our similar mental illnesses." He explained: "I mean, now that I've hung with this guy a few times, it's 'crazy' (pun intended) how similar we are. We are brothers in metal, anxiety, hardcore music, love of medicinal marijuana and fighting depression.

Leach appeared on KILLSWITCH's self-titled debut and sophomore album, "Alive Or Just Breathing", before exiting the band. Jones took over on vocals for "The End Of Heartache", "As Daylight Dies" and the 2009 self-titled set before being dismissed from the group 10 years ago. 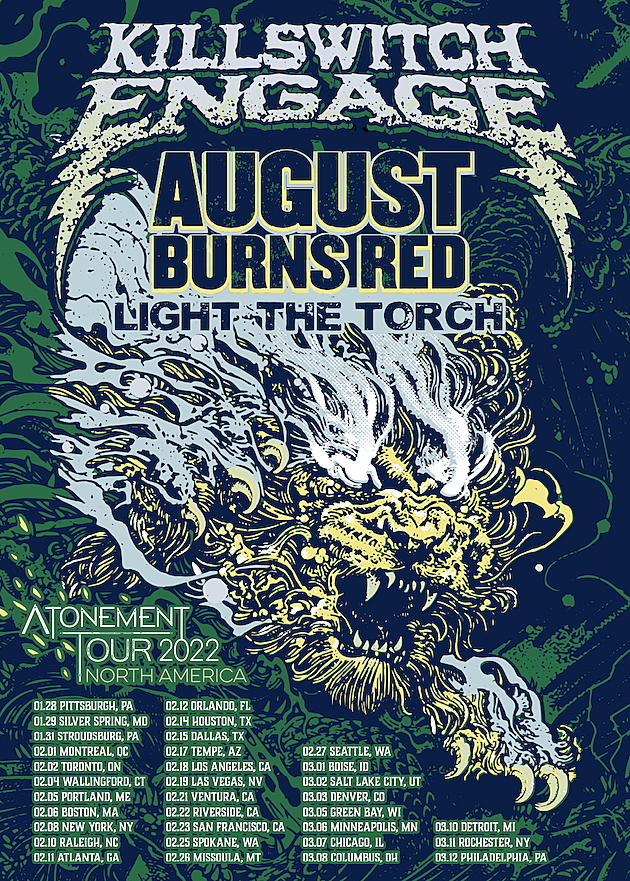