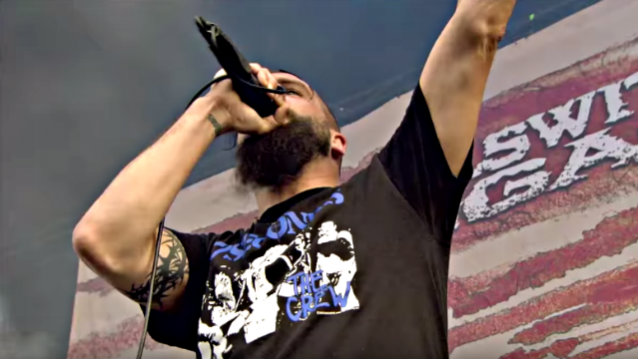 Leach posted a post-operation update on his Instagram account, saying that the "surgery went well" and thanking "Dr. Woo and the amazing staff at Mount Sinai hospital." He added: "Time for rest and recovery. That was a surreal day. I'm glad it's over and I'm headed home."

KILLSWITCH ENGAGE was forced to cancel seven shows in late April and early May as a result of Jesse's surgery.

The band has spent the last few months working on a new album for a tentative late 2018 release.

Leach appeared on KILLSWITCH's self-titled debut and sophomore album, "Alive Or Just Breathing", before exiting the band. Howard Jones took over on vocals for "The End of Heartache", "As Daylight Dies" and the 2009 self-titled set before being dismissed from the group six years ago.