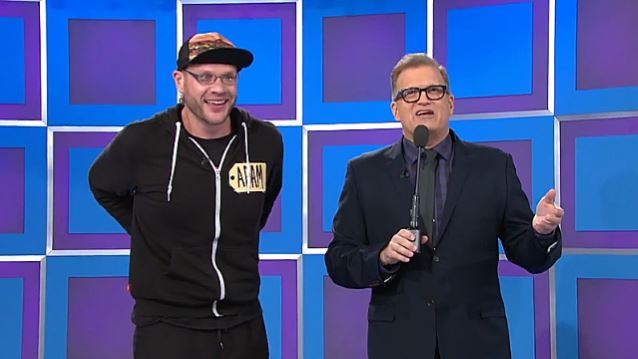 KILLSWITCH ENGAGE's ADAM DUTKIEWICZ Wins More Than $50,000 In Prizes On 'The Price Is Right'

KILLSWITCH ENGAGE guitarist Adam Dutkiewicz was a contestant on today's (Tuesday, February 10) episode of "The Price Is Right", which is believed to be the longest-running daytime game show in history. The guitarist won a yellow Honda car before making it into the "Showcase Showdown" after spinning the highest amount on the wheel without going over one dollar. He beat out his fellow finalist and walked away with a new black truck and a trip — winning more than $50,000 in prizes.

Video footage of Adam's appearance can be seen below.

In "The Price Is Right", contestants compete to win cash and prizes by guessing the pricing of merchandise. The program has been critically successful and remains a stalwart in the television ratings. It also managed to break away from the quiz show format that has been used in other game shows.

KILLSWITCH ENGAGE recently finished recording a new song that will be featured on the upcoming mixtape for HBO's hit fantasy series "Game Of Thrones".