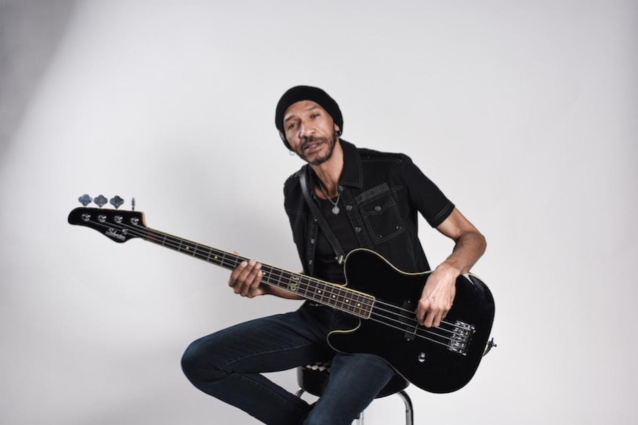 KING'S X frontman Doug "dUg" Pinnick will release his fifth solo album, "Joy Bomb", on October 15 via Rat Pak Records. Pinnick's first solo album of new material since 2013's "Naked" features thirteen brand new tracks, including "Key Changer", the official music video for which can be seen below. In the clip, Doug rocks out on both bass and guitar, dances with robots, and cheers on street performers in a lighthearted visual that will be sure to invoke a smile. Sometimes, you just need to "turn up your stereo" and "let the music hit the spot."

"The idea of this video was just to have fun and be goofy," Doug says. "Hopefully it will brighten everyone's day."

From the charging rhythms of album opener "Jon Boy" all the way through the barnstorming closing track "Making Sense Of The Bones", Doug proves that age is nothing to him and provides an album packed with the groove, swagger, and soul that he has honed and perfected over his extensive career. Doug's ability to combine a multitude of his influences into one seamless offering is on full display, tapping into everyone from RAGE AGAINST THE MACHINE to Sly Stone to BLACK SABBATH. "A Long Way From Home", "Like A Wolf" and "The Poison" show why Doug is still one of the best in metal and rock, while "I Can't Fight This Feeling", "Social Distancing" and "Long Live Love" exemplify his ability to think outside the box and expand his range.

"'Joy Bomb' is a collection of tunes I've been writing for the last two years," Doug says. "The pandemic has made me go deeper into myself and how to deal with everything and everyone in a new way. These songs are all about truth the way I see it, and I'm thankful that at 71 I can still make music that hopefully matters. 'Joy Bomb' is my latest offer."

Pinnick is known first and foremost as the soulful singer and bassist for hard rockers KING'S X. Throughout the band's lengthy and legendary career, KING'S X released twelve albums and influenced the likes of PEARL JAM, SOUNDGARDEN, DREAM THEATER, PANTERA, and many more. Throughout the early 21st century, Pinnick remained the "go-to singer" of rock — as evidenced by his appearance on recordings by first-rate rockers including Jeff Ament, Eric Gales, George Lynch, Ray Luzier, and many more. Doug has issued other solo albums under his own name, including 2005's "Emotional Animal", 2006's "Songs From The Closet", 2007's "Strum Sum Up", and 2013's "Naked". 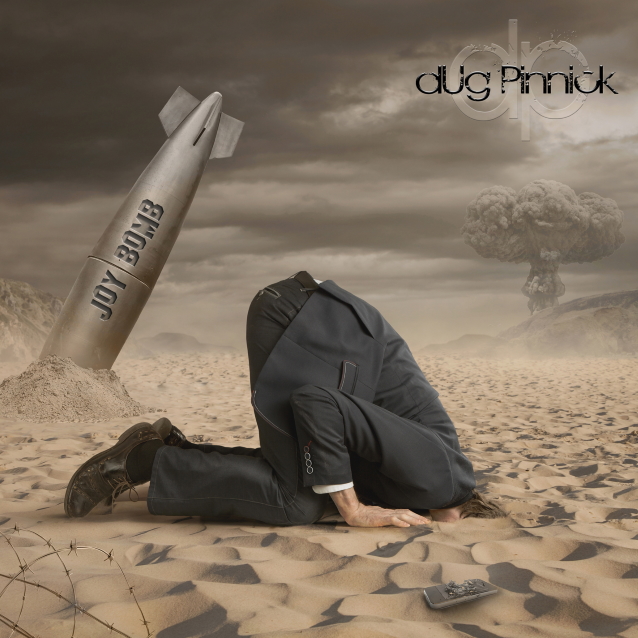