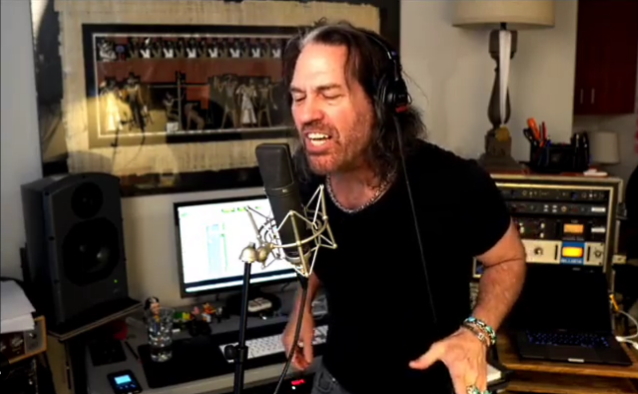 Kip Winger has commenced laying down vocals for WINGER's seventh studio album. The disc, which is tentatively due this summer, will be the follow-up to 2014's "Better Days Comin'".

On Monday (February 15),WINGER uploaded a short video of Kip in the studio, and it captioned it: "Started vocals! #WingerVII".