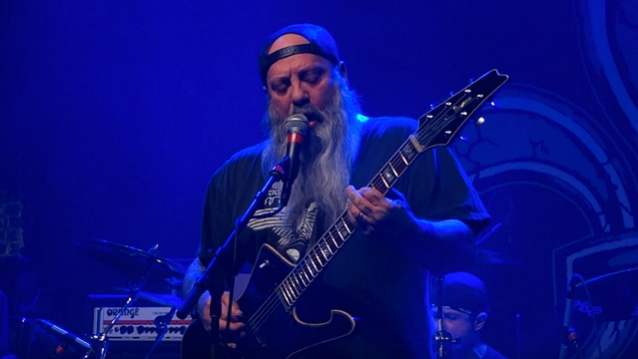 Kirk Windstein has confirmed to the "Does It Doom?" podcast that CROWBAR has completed work on its new album for a tentative September release via eOne.

The guitarist/vocalist said (hear audio below): "It's really a killer record — I love it. It's got a lot of [guitar] harmonies and it's got a lot more doomy riffs. We only had one proper fast song — one of our more upbeat, hardcore-type, MOTÖRHEAD speed, I call it, type tunes; we've only got one like that. Out of all 10 tracks, besides that one tune, there's only maybe two other fast, what I would consider fast, songs on the whole record. So it's kind of a throwback but a modern, more mature touch on it."