KISS has announced a September 20 show at Staples Center in Los Angeles, California, which will serve as the finale of the second American leg of the band's ongoing "End Of The Road" world tour. Tickets go on sale to the general public this Friday (May 17) at 10 a.m. PST, with various pre-sales taking place in the preceding days.

According to a press release, the Staples Center show — the band's last scheduled concert prior to setting sail on "Kiss Kruise IX" on October 30 — will mark "the biggest pyro event of the tour."

"KISS's arena show on this 'End Of The Road' tour has seen us raise the bar for spectacle and bombast," the band said in a statement. "Our plans for this show will have us pull out all the stops to make this night all the more groundbreaking and ground-shaking. We can't wait."

Interestingly, Staples Center — the home of the NBA's Los Angeles Lakers and Los Angeles Clippers, as well as the NHL's Los Angeles Kings — is located just 10 miles from The Forum, the legendary arena in suburban Los Angeles where the group performed on February 16 during the tour's initial leg.

Although vocalist Paul Stanley promised that the "End Of The Road" tour would be a true farewell tour — an attempt to appease some who doubted the sincerity of the band, which famously continued on after the end of its initial farewell tour in 2001 — and told Billboard last fall that "once we play your city, it is done," KISS hasn't exactly kept its word.

The summer leg of the "End Of The Road" tour also includes an August 16 show at Montreal's Bell Center, where KISS performed on March 19; an August 17 date at Toronto's Scotiabank Arena, where the band performed on March 20; and an August 20 appearance at the Barclays Center in Brooklyn, not far from Madison Square Garden in Manhattan (where the group played on March 27) or the Nassau Veterans Memorial Coliseum on Long Island (the site of a March 22 concert).

The "End Of The Road" tour — the initial European leg of which begins in Leipzig, Germany on May 27 — is expected to continue throughout 2020. 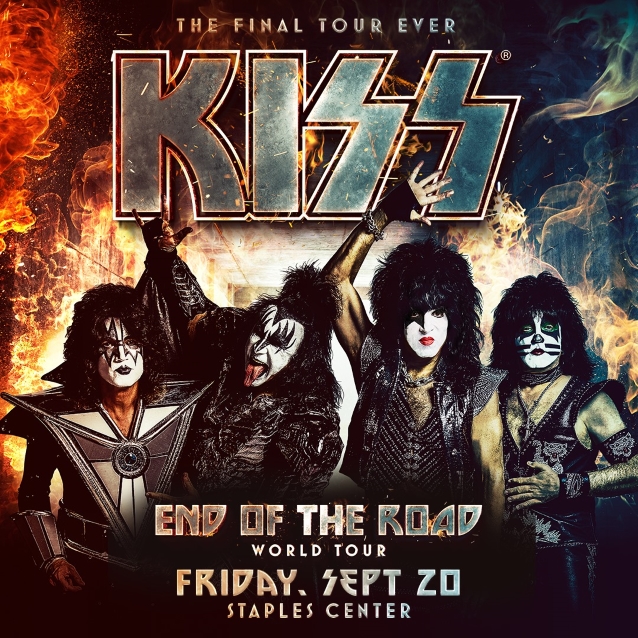