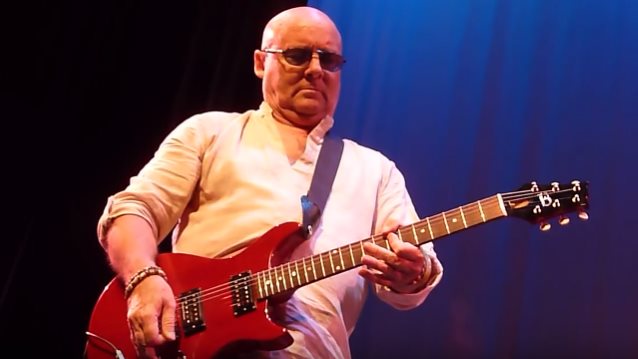 When Ronnie Montrose passed away on March 3, 2012, he was in the midst of working on an album that would have thrilled fans of his original MONTROSE (1973-1974) and GAMMA (1979-1983) periods. The artistically restless Montrose followed his muse without question, but, in 2003, he called in bassist Ricky Phillips (STYX, BAD ENGLISH) and drummer Eric Singer (KISS, ALICE COOPER) to tackle a power-trio project that would rock harder than anything he had done in years.

The idea was to record ten songs with ten different singers and call the album "10x10". He brought Phillips and Singer to Doug Messenger's studio in North Hollywood, and the three musicians set up to record live — no pre-production rehearsals and no overdubs — and knocked out ten basic tracks in two or three days. Sadly, Montrose was unable to see the album through during his lifetime and it quite possibly may never have been heard beyond a few Montrose-family friends. Montrose did manage to record some of his chosen vocalists — such as Sammy Hagar and Edgar Winter — but finances, schedules, and a frightening illness conspired to slow and eventually stop progress.

We can all thank Phillips, Singer, Leighsa Montrose and Rhino Records now, because the album that appeared destined to be lost to time is now available for pre-order.

"I was talking to Eric Singer about '10x10' after Ronnie died, and I was pretty sure that I wanted to see if I could finish it, but I hadn't been able to move forward on it," says Phillips. "But Eric said, 'It has to be you. You and I were there to record it. We were there when Ronnie was talking about it — what he wanted to do, who he wanted to sing on it, how he wanted it to sound. If someone else gets into this thing, it's going to suck, and you're going to hate it.' That did it. I called Leighsa Montrose."

Phillips made it his mission to finish the songs by enlisting a small army of Ronnie's musician friends to record the vocals and the guitar solos for each song, completing the album over the course of recent years.

The songs represent some of Montrose's best work. According to Ricky Phillips, "His songs still have the fire and angst of a young rebel, but with some added wisdom and foresight voiced in his own unique language of 'guitar-speak.' On '10x10', we hear Ronnie at the top of his game, from the opening crunch guitar of 'Heavy Traffic', all the way to the closing song, 'I'm Not Lying', which was Ronnie's tip of the hat to his friend Robin Trower."

Several artists who appear on "10x10" had recorded with Ronnie during his career, like Edgar Winter, who included the guitarist on his 1972 album, "They Only Come Out At Night". Sammy Hagar got his start singing with MONTROSE. Between 1973 and 1975, he recorded two influential albums — "Montrose" and "Paper Money" — with the band and toured the world.

More than forty years later, Hagar was among the first who agreed to help finish Ronnie's final album. "It's valuable to have '10x10' be seen as Ronnie's last work, rather than going and digging up some stuff from his past. This was something he truly had a vision for," says Hagar.

In the clips below, Eric Singer and Ricky Phillips discuss their involvement with "10x10".

A note from Leighsa Montrose about the cover art: "Ronnie loved the use of a double entendre to convey meaning. My inspiration for the cover artwork is a personal nod to him, how he thought, and what would have been aesthetically pleasing to him. This is beautifully illustrated by Peter Grant. What you see is a sound wave from 'Head On Straight', which he wrote for '10x10'. This was captured by Steve Ledesma with special thanks to Alfred Ruiz. When looking at this soundwave, I wanted the eye and mind to see it as if it was moving and fluid — as if it was him on the cover.

"Ronnie is music. He had the mindset of an engineer. Math and music was the way he thought. To be able to combine these attributes of Ronnie with depth of meaning, I believe he would have appreciated the thought that went into everyone's combined efforts to understand and create the cover." 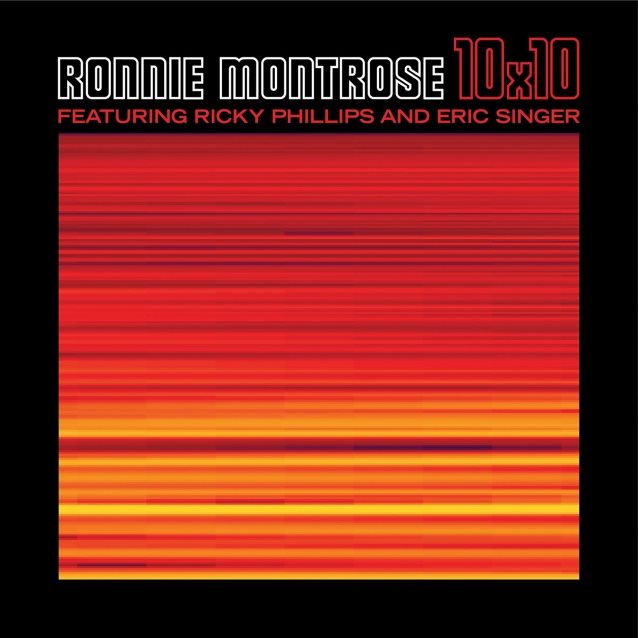