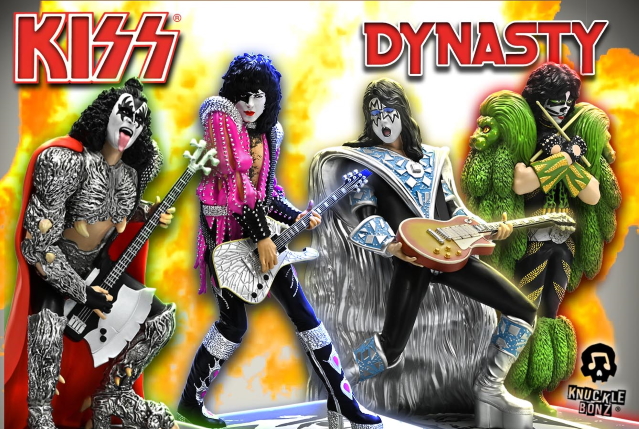 KnuckleBonz, creator of the Rock Iconz music collectible series, has announced the production of a new bundle of KISS figures (set of four or separately),available for pre-order now at this location. The statues are based on the costumes the four members of KISS wore during the band's "Dynasty" period in 1979.

This is a limited edition, hand-cast statue. Only 3000 will be cast for KISS superfans worldwide.

These exclusive KISS statues are hand-painted and numbered and come with a certificate of authenticity printed on the base of each collectible statue.

Shipping is estimated for late spring/summer 2022.

Each statue sells for $159 and ships worldwide.

Last year, KISS bassist/vocalist Gene Simmons was asked for his thoughts on "Dynasty". At the time of its release, the controversial 1979 album was described as a "hit-or-miss" affair which displeased some fans by the inclusion of "I Was Made for Lovin 'You", a song that featured a disco beat.

"Well, when people talk about that record [being] hit-or-miss, it was a multi-platinum record, so that's called a hit," Gene told "Good Day Sacramento". "There are some songs that are pop[-flavored] — yeah, by definition it's called a hit. 'You know, I don't like the way that guy hit that baseball, that home run that he hit.' Idiot, it was a home run. So that's called a home run. It doesn't matter how you feel about it. These are semantics, but I'm not anti-semantic. You see what I did there?"

"I Was Made for Lovin' You" was released as the A-side of KISS's first single from "Dynasty". It was the band's second gold single, selling over 1 million copies. The single reached No. 11 on the U.S. Billboard singles chart. The song also became a Top 10 hit in Australia, reaching No. 6 on the ARIA charts in 1979. The song fared the best in Western Europe (Where it became a Top 20 hit in Sweden, a Top 10 hit in Norway, made it to the No. 2 position in France, Germany, Switzerland, and Austria, and in Holland it became a No. 1 smash). 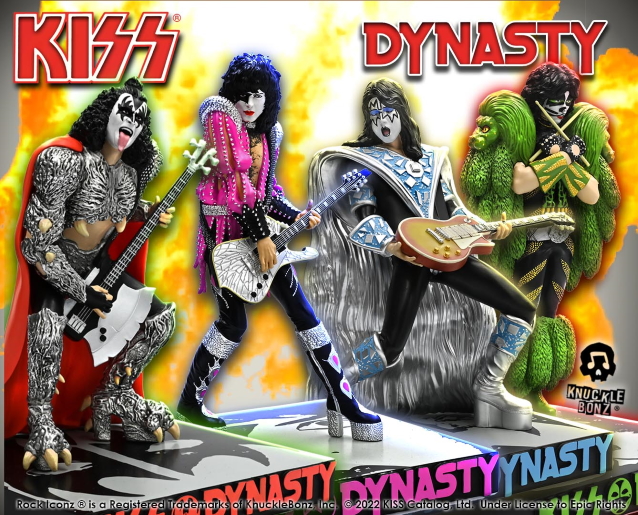