A new extended trailer for "Kiss Rocks Vegas" is available below.

Added Simmons: "Join us for a 'crazy crazy night' in your cinema!" 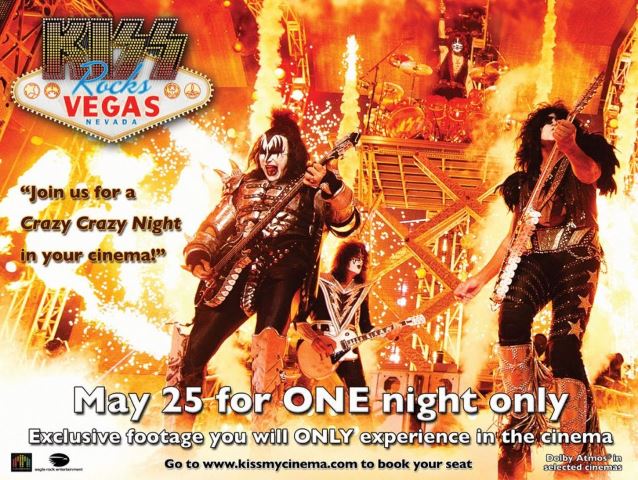