KISS will kick off its long-rumored second Las Vegas residency at the end of the year.

The legendary rockers' engagement at Zappos Theater at Planet Hollywood will launch the last week of December.

A KISS Army Fan Club presale will begin on August 17 at 10 a.m. Citi cardmembers will have access to purchase presale tickets beginning August 18 at 10 a.m.

Caesars Rewards members, Caesars Entertainment's loyalty program, as well as Live Nation, Ticketmaster and Zappos customers will have access to a presale beginning Aug. 19 at 10 a.m.

VIP upgrades will be available as an add-on to any ticket. Packages will include a photo with KISS, access to the pre-show soundcheck, Q&A and an invitation to the KISS Army Captain's Lounge.

Asked by Rolling Stone what brought KISS back to Las Vegas for another residency, bassist/vocalist Gene Simmons said: "There are matters of the heart and then there are matters of the pocket and it's nice when they both converge. So it's a very nice payday. They pay well and that's reason enough. But it's also easier for the band because you don't have the wear and tear of traveling."

KISS kicks off their final Vegas residency with us on New Year's Eve week! Presale begins this Thurs. from 10am-10pm PT with code "KISSZAPPOS" at https://t.co/8ZMUFHmZi3 🎟️ 🎟️ pic.twitter.com/WBmIODJViV 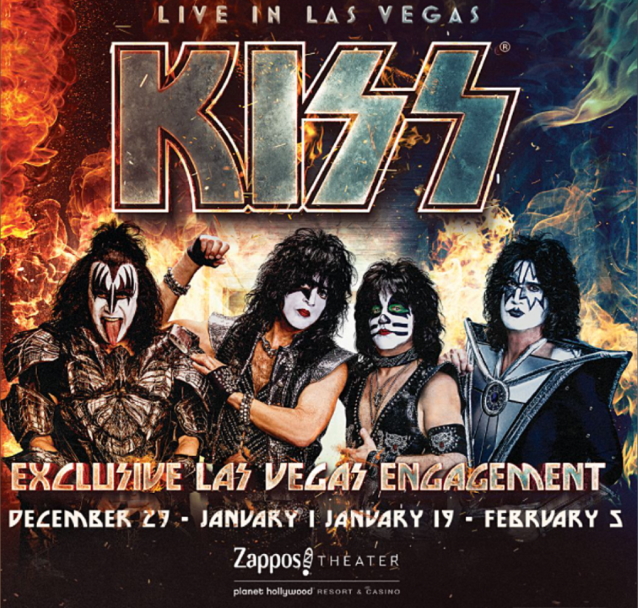