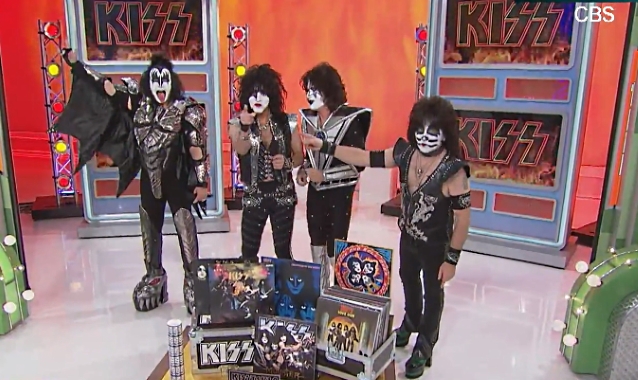 KISS On 'The Price Is Right': Full Episode Now Available

In honor of the 2019 Grammy Awards, airing Sunday, February 9 on CBS, "The Price Is Right" is hosting a week of shows celebrating music. Each day, the show will be themed for a different genre, starting Monday with KISS and rock and roll. The iconic band modeled a special prize package featuring its farewell tour and presented a musical showcase.

"The Price Is Right" airs weekdays on CBS. Check your local listings for more details.

The first North American leg of "End Of The Road" launched January 31 in Vancouver, British Columbia, Canada at Rogers Arena and is hitting an additional 43 cities.