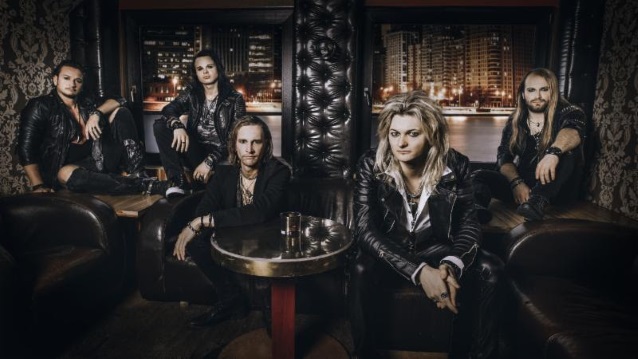 Metal Blade Records has announced the signing of KISSIN' DYNAMITE, one of Germany's most promising rock bands. Sony Music label Columbia will handle affairs and releases of the group in Germany, Austria and Switzerland.

First on the agenda is the release of "Ecstasy", KISSIN' DYNAMITE's new studio album, on July 6. It is the follow-up to "Generation Goodbye" (2016),which reached No. 14 in the official German album chart.

Produced by KISSIN' DYNAMITE singer Hannes Braun, "Ecstasy" harks back to the quintet's unpolished, energy-laden early days, while at the same time marking a turning point in its 11-year history. In autumn, the group will embark on its first concert tour as special guest since changing labels; from October 26 on KISSIN' DYNAMITE will accompany POWERWOLF for 16 joint gigs throughout Europe.

Check out the first single, "I've Got The Fire", below. 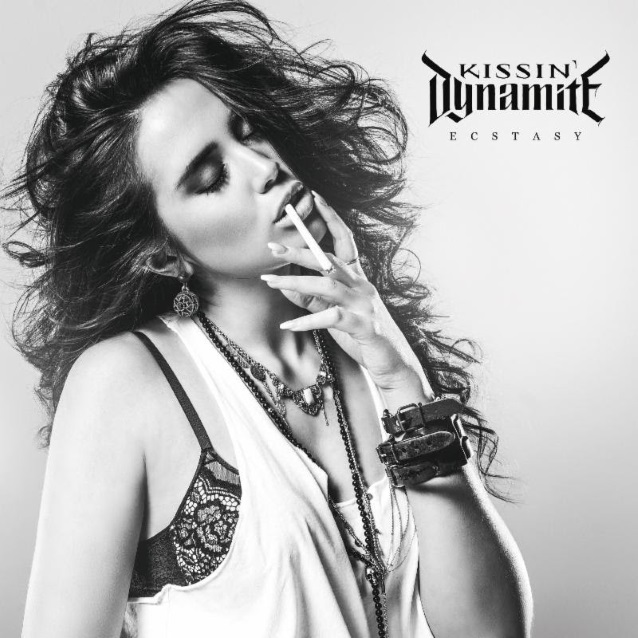