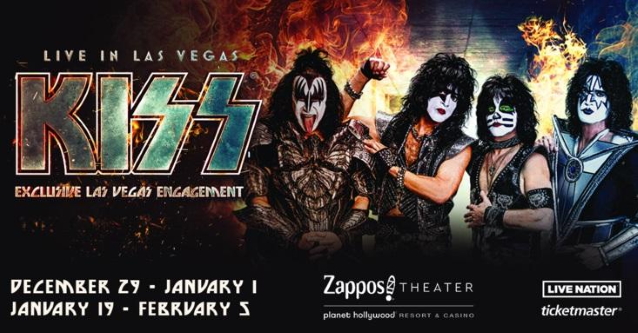 KISS's second Las Vegas residency has been canceled. Tickets for the legendary rockers' engagement at Zappos Theater at Planet Hollywood, which was scheduled to launch at the end of December, have been taken down from the Caesars Entertainment/Ticketmaster link and fans who already purchased tickets via Ticketmaster have been notified that the shows are no longer taking place.

Las Vegas Review-Journal writer John Katsilometes initially reported that "soft ticket sales" were said to be the reason the run has been called off, but his article was updated to remove any mention of this.

The following 12 shows have been canceled:

The cancelation comes a day after Rolling Stone magazine published a story in which a group of KISS roadies suggested that the lack of COVID protocols enforced on the band's "End Of The Road" farewell tour led to the death of a longtime guitar tech, 53-year-old Francis Stueber. Stueber died of coronavirus in his Detroit hotel room on October 17, just two days after being quarantined.

The crew members claimed the tour didn't take strict enough safety measures, including not testing everyone regularly. In addition, some crew members allegedly disguised their illness and/or faked vaccine cards.

Earlier this month, KISS bassist/vocalist Gene Simmons spoke to Beond TV about what fans could expect to see at the second KISS residency. "We hired a big technical staff, and to the extent that the concert facility is gonna allow us, we're gonna blow the roof off the joint," he said. "There are gonna be things that are gonna be lifted and separated — in other words, the show is gonna come into the audience. I don't wanna say too much about that. So wherever you are, even in the upper areas and stuff, the show is coming at you. Usually shows stay on stage. You'll see what I mean."

As for what kind of production the residency would have and whether it would be scaled down or on par with the touring show, Gene told 95.5 KLOS's "New & Approved" show: "The plus side of Vegas is that now, the culture of Vegas has changed so that it welcomes punk bands and rap and all kinds of stuff and lets them do their art their way, instead of saying that Vegas is about showgirls and magicians and stuff like that. Yes, it is, but it's also about other artists, comedians and people coming in — Mike Tyson had a talk show there; he's a friend. If they don't tell you what the rules are, you make the rules. You can come in and do it your way. So that's exactly what we're gonna do. We're gonna be KISS, 'cause that's all we know how to do. THE [ROLLING] STONES already exist, and [LED] ZEPPELIN already existed, so doing second best isn't a good idea. But we can be the best KISS, and that's what we're gonna do when we come in and play New Year's Eve right there at Planet Hollywood, and we're gonna do a bunch of shows through January and February. And our good friends the fire department promised to sort of extend the limits of what you can do indoors, and it's gonna be safe. If you're an asshole and don't wanna wear a mask and stay safe and do that stuff, you're not gonna be allowed in. We wanna keep everybody safe, responsible and have the best party on earth."

(Thanks: The Music Room) 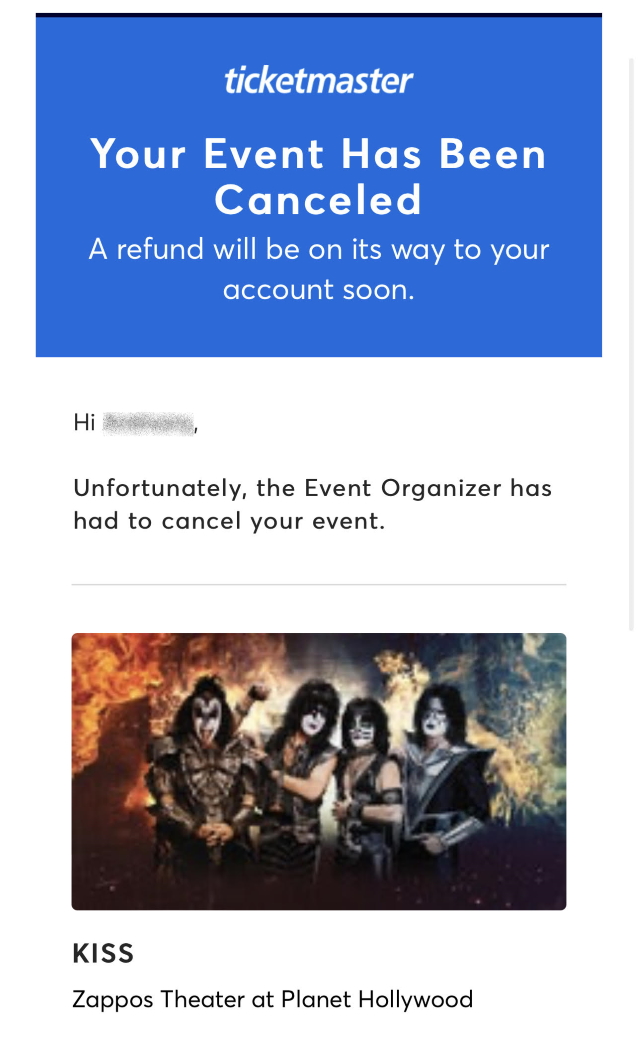