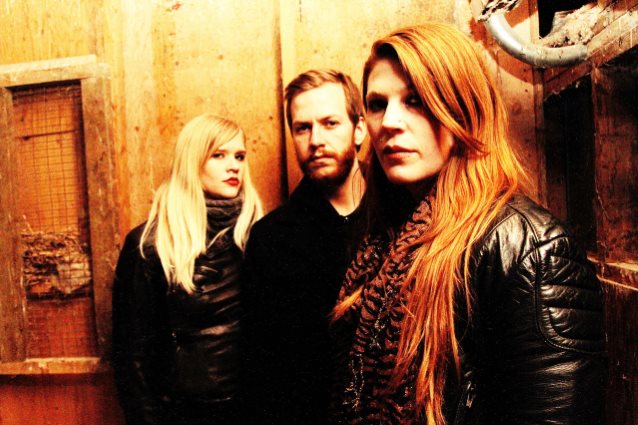 THE WHITE SWAN, the Canadian trio launched by drummer-turned-vocalist/guitarist Mercedes Lander (KITTIE), will release its new EP, "The White", on June 9. After receiving high praise around the globe for its debut EP, "Anubis", THE WHITE SWAN returns with three brand new tracks of heavy downtrodden doom that encompasses the warmth of '70s-flavored BLACK SABBATH across to the fuzz of classic '90s grunge topped with soaring melodic vocals.

The first track, "North Carolina", has been made available to stream below.

After strings of dates in support of "Anubis", the band took to Villa Studios to record "The White" with engineer Alastair Sims. The striking artwork was created by Colin Sinclair.

Pre-orders are now available, including both digital and a limited 12-inch vinyl on purple wax featuring both "Anubis" and "The White".

Named after the T.REX song, THE WHITE SWAN features Lander as the principal songwriter but she is far from being a dictator, preferring to view THE WHITE SWAN as a team effort.

"If Kira or Shane came to me tomorrow with what they feel is an awesome riff, I'd be all into doing something with it," said Lander.

"Anubis" received high praise not only for THE WHITE SWAN's own crafting of sludge-laden synth rock songs but also for the inclusion of the WINGS classic "Jet". 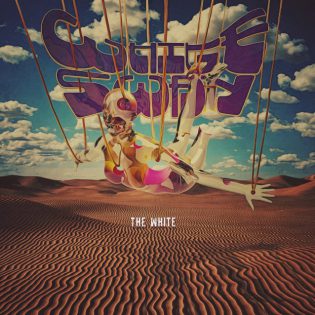