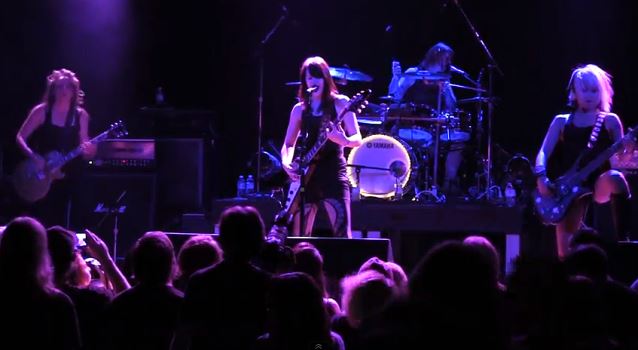 Quality video footage of KITTIE's September 7 performance at the Spread The Metal festival in Toronto, Ontario, Canada can be seen below.

KITTIE's latest album, "I've Failed You", sold 3,000 copies in the United States in its first week of release to debut at position No. 178 on The Billboard 200 chart.

"I've Failed You" was released on August 30, 2011 via eOne Music. The CD was recorded at Beach Road Studios in Goderich, Ontario, Canada. The band once again worked with producer Siegfried "Siggy" Meier, who helmed KITTIE's last CD, 2009's "In The Black".