Behind-the-scenes footage from the making of the "Jäässä Varttunut" video from the Finnish symphonic folk metal band KIVIMETSÄN DRUIDI can be viewed below.

KIVIMETSÄN DRUIDI has set "Shadowheart" as the title of its new album, due in October via Century Media Records. According to a press release, "Expect an unmistakeable sound that is heavy, drivingly fast, but due to its epic atmosphere, and melancholic, highly catchy overtones marks a stunning amalgamation of Celtic folklore and vast extreme metal influences. By utilizing lyrics in their native Finnish tongue as well as the English language, KIVIMETSÄN DRUIDI are also highly diverse when it comes to their lyrical content."

"Shadowheart" will be released on the following dates:

The song "Verivala" ("Bloodoath" in English) is available for streaming on the band's MySpace page. 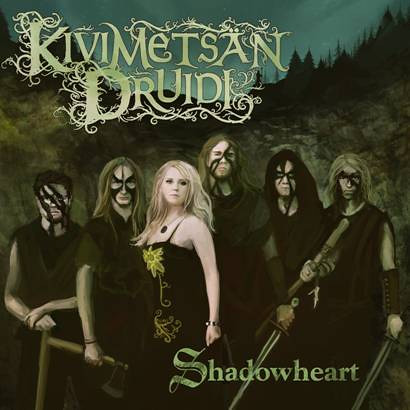