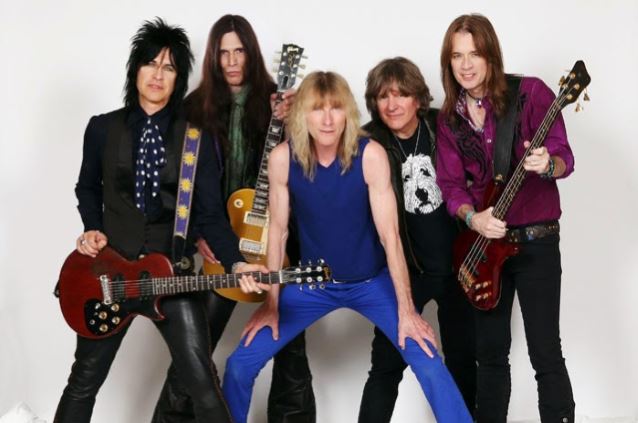 KIX: 'Love Me With Your Top Down' Performance Clip From 'Can't Stop The Show: The Return Of Kix'

Maryland hard rock veterans KIX will release "Can't Stop The Show: The Return Of Kix", a two-disc DVD/CD set, October 21 via Loud & Proud Records. The 71-minute film is an in-depth look into KIX's decision to record their first new album, 2014's "Rock Your Face Off", in almost 20 years. The DVD also features the making of the album from bassist Mark Schenker's studio, interviews with the band as well as notable rock artists such as Nuno Bettencourt of EXTREME, Lzzy Hale of HALESTORM, Jeff LaBar of CINDERELLA, Share Ross of VIXEN, Shannon Larkin of GODSMACK, and more, key music industry veterans such as radio personality Eddie Trunk, Don Jamieson of "That Metal Show" on VH1 Classic as well as Luc Carl and Keith Roth of SiriusXM. It also includes a rare appearance by producer Taylor Rhodes (AEROSMITH, OZZY OSBOURNE, KIX's "Hot Wire").

A performance clip of the song "Love Me With Your Top Down", taken from "Can't Stop The Show: The Return Of Kix", can be seen below.

The CD, "Can't Stop The Show (Live)" offers never-before-released live KIX tracks recorded over the last three years. A bonus KIX logo sticker is inside the first manufacturing run, a special treat for KIX fans around the world, and each band member offers his own special contribution to the package's booklet including vocalist Steve Whiteman's rigorous exercise routine, cartoons by guitarist Brian "Damage" Forsythe, an essay by bassist Mark Schenker, a gear rundown by guitarist Ronnie "10/10" Younkins and a favorite recipe from drummer Jimmy Chalfant, a.k.a. "Chef Chocolate."

"KIX is proud of the band's legacy, but equally proud of our new chapter," says Schenker. "We had an opportunity to work with some great film makers, so we just let the cameras roll everywhere, and had so much fun putting the project together. There was a true outpouring of love and admiration from our fans and our peers after the release of 'Rock Your Face Off' and luckily, we had documented the recording sessions on film. Now we are excited to share the process of making the new album with our loyal fans. KIX thanks everyone involved and hopes everyone loves it as much as we loved making it!"

In 2014, KIX released its seventh full-length album, "Rock Your Face Off" (Loud & Proud Records) their first studio effort since 1995's "Show Business". The album debuted at #1 on Amazon's Hard Rock and Metal chart, in the Top 50 on The Billboard 200 chart, #5 on the Independent Albums chart, #11 on the Top Internet chart, #17 on the Top Rock Albums chart, #27 on the Indy/Small Chain Core Stores chart and #33 on the Physical chart.

KIX will perform select shows for the rest of the year, including a hometown release event show in Baltimore at Rams Head Live on September 24. 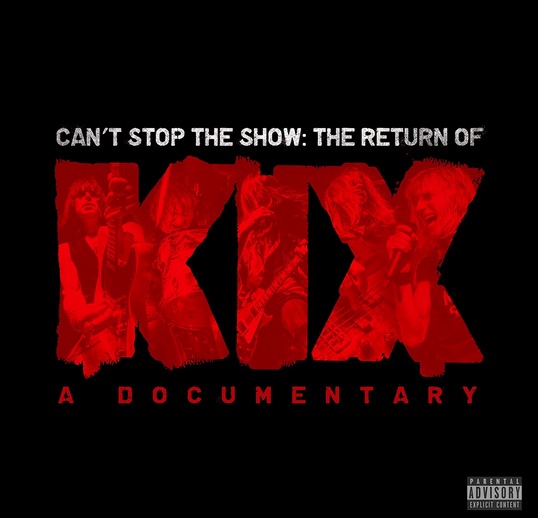