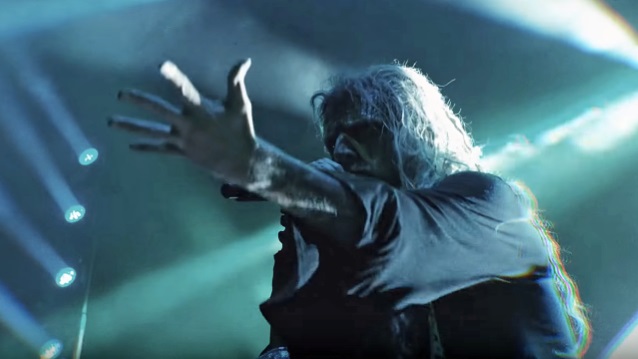 A video wrap-up of this year's Knotfest, which was held on November 5 in Devore, California, can be seen below.

This was the second year Ozzy Osbourne's Ozzfest has merged with SLIPKNOT's Knotfest for a two-day heavy metal juggernaut dubbed Ozzfest Meets Knotfest. In 2016, the two festivals combined, with SLIPKNOT headlining one night and BLACK SABBATH closing out the other.

For the first time since bringing the festival to Southern California three years ago, SLIPKNOT did not perform.

"Knotfest was never supposed to be exclusively about SLIPKNOT. It was always about the things that fueled the spirit of SLIPKNOT: music, art, passion, insanity, and the tribes that give it power. So it would make sense for Knotfest to carry on these ideas, even without SLIPKNOT," singer Corey Taylor said in a press release about the festival.

Knotfest made its Southern California debut in 2014 as a two-day festival, with SLIPKNOT headlining both nights. 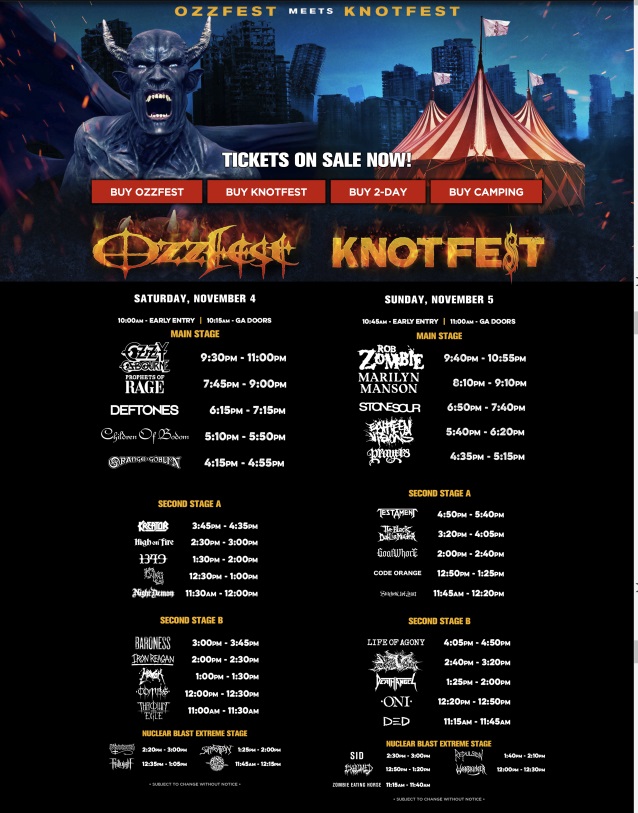