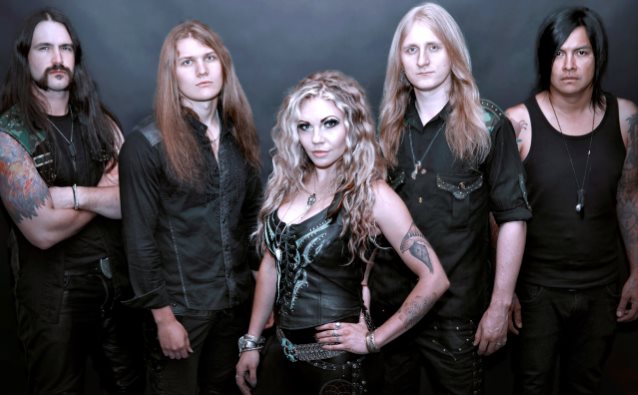 KOBRA AND THE LOTUS Covers RUSH, TRIUMPH, APRIL WINE On 'Words Of The Prophets' EP

Of the new release, frontwoman Kobra Paige commented, "KOBRA AND THE LOTUS is a riff-loving, vocal-whaling, storm-bringing band. We couldn't do what we do without paying homage to the true roots that were laid down before us.

"'Words Of The Prophets' is a tribute to those great Canadian classic rock influences that have set the foundation for music magic since we first heard these songs playing on the radio as little kids. They carry a ton of nostalgia, inspire ambitious journeys, and we hope to rub some of that off on you!"

KOBRA AND THE LOTUS's most recent album, "High Priestess" (Titan Music),was also produced by Johnny K and delivers a blend of fiery vocals (courtesy of lead singer Kobra Paige),heavy riff-laden melodies and ferocious musicianship. DecibelMagazine.com declared it "a stunning slab of beating, bleeding traditional metal heart and unadulterated bombast refracted and heightened through a dynamic prism of those very things that are actually right with modern metal."

Led by frontwoman, the classically-trained vocal powerhouse and Calgary native Kobra Paige, KOBRA AND THE LOTUS has been making a name for themselves worldwide with extensive touring and two well-received albums.

"Words Of The Prophets" track listing: 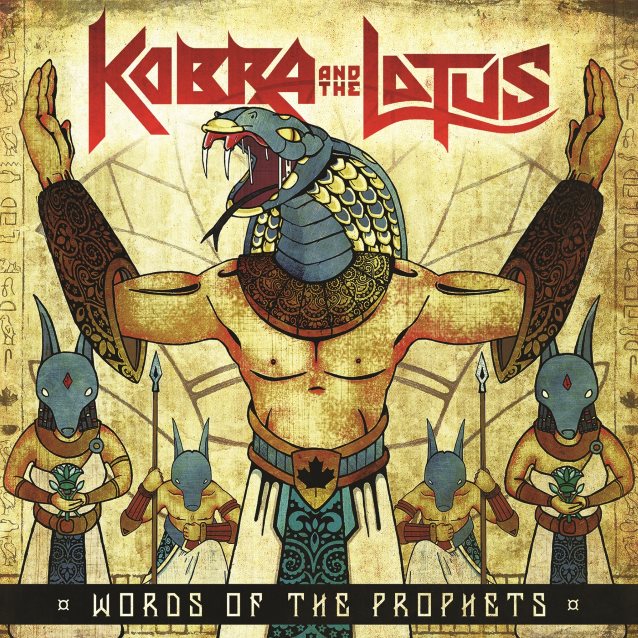