KORN: Behind The Scenes Of REVOLVER Magazine Cover Shoot

KORN recently took part in a photo shoot for the cover of the October/November issue of Revolver magazine. The issue features a seven-page spread on KORN and notes the band's reunion with founding guitarist Brian "Head" Welch has "led to their best album in a decade."

Video footage of KORN guitarist James "Munky" Shaffer and drummer Ray Luzier talking about the Revolver cover shoot can be seen below.

KORN will be inducted into Guitar Center's RockWalk on Sunset Boulevard in Hollywood, California on October 8, the same day that the band releases its 11th album, "The Paradigm Shift". KORN frontman Jonathan Davis said, "When you look at the names of the other people inducted here all you can say is 'Wow!' What an honor!" Shaffer added, "When we started out we were five guys in a garage with a dream. I'd like to think we tried our best to create some great music and an innovative sound but to be honest we are truly humbled to be included here." 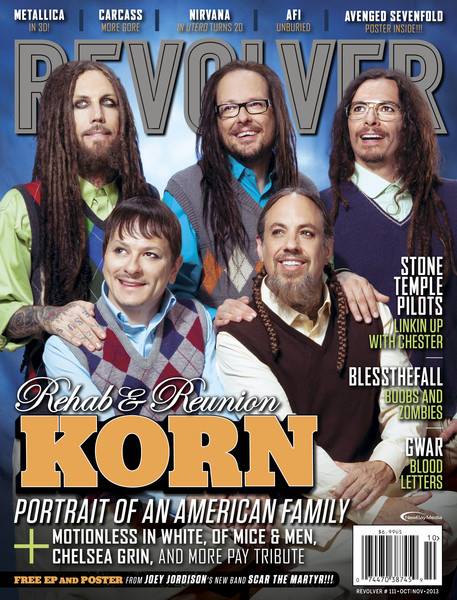