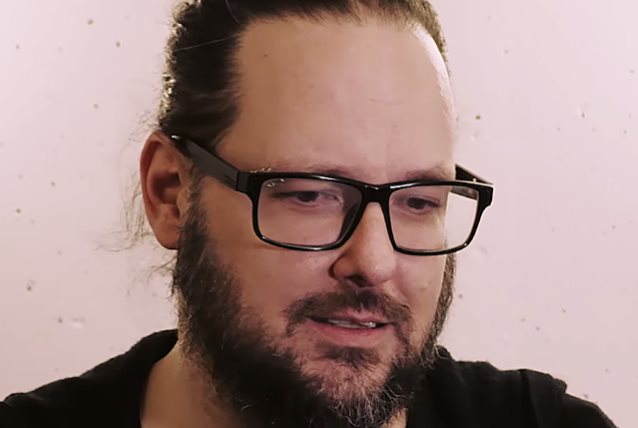 Speaking ot Germany's MusikExpress, Davis stated about BABYMETAL (see video below): "I dig BABYMETAL. It's just wrong on every level. It's just entertaining as hell. The whole Asian pop mixed with metal and the dance they do, it's just… I mean, how can you not be entertained watching that? It's the whole vibe, just the whole thing — it's not necessarily the music or the girls themselves or what you're looking at. It's the whole package, it's the whole thing."

BABYMETAL was one of the support acts on KORN's "The Serenity Of Summer" tour, also featuring STONE SOUR, YELAWOLF and ISLANDER.

KORN guitarist Brian "Head" Welch joined BABYMETAL on stage — his face painted in the same white-and-black makeup as the Japanese act's backing band — on June 25 at the Ford Idaho Center in Nampa, Idaho.