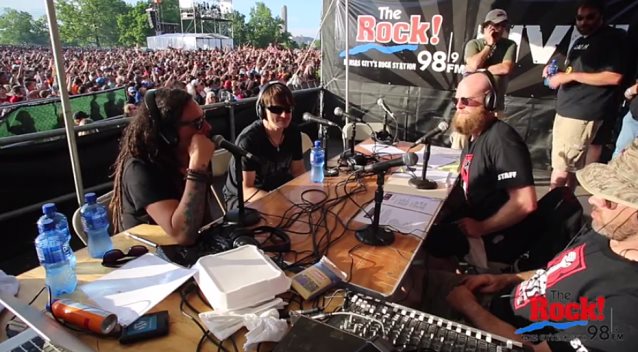 Jason Nivens of the 98.9 The Rock radio station conducted an interview with KORN members Ray Luzier (drums) and James "Munky" Shaffer (guitar) yesterday (Saturday, May 31) at Rockfest at Liberty Memorial in Kansas City. You can now watch the chat below.

"[Welch] said it was one of the worst experiences he's ever went through," Shaffer told 98.9 The Rock. "Because there's a language barrier. He was at the hospital and couldn't tell anybody where it hurt. [He] would point to [his] groin and say, 'This is where it hurts, girls.'"

Speaking about Welch's return to the group, Shaffer told 98.9 The Rock: "It's been something that… I don't see how we were doing it without him, honestly. But now it feels like a complete band."