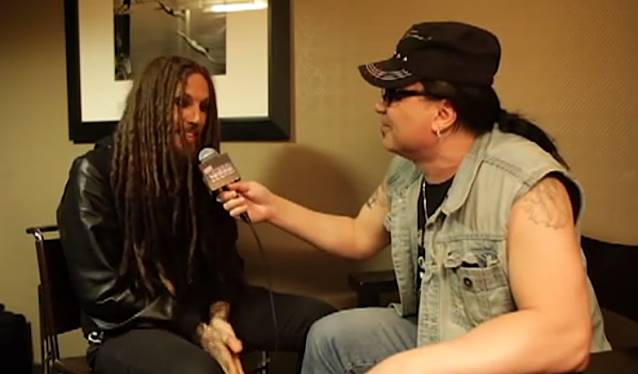 Franke Dee of "The Real Radio Show" recently conducted an interview with KORN guitarist and LOVE & DEATH frontman Brian "Head" Welch. You can now watch and listen to the chat below.