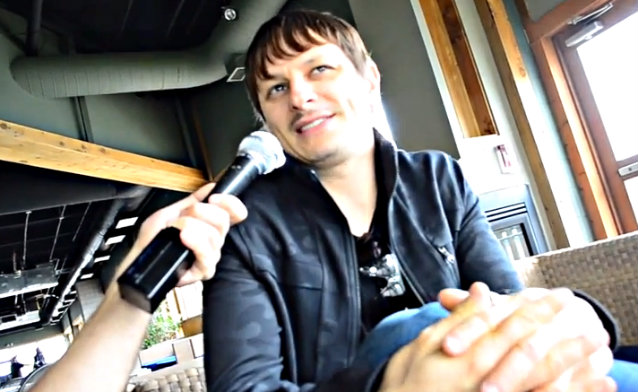 During a brand new interview with Chile's Radio Futuro, KORN drummer Ray Luzier was asked to comment on last week's report that LOSTPROPHETS lead singer Ian Watkins has pleaded guilty to 13 sexual offenses, including two of attempting to rape a baby.

"It's beyond disgusting to me. I can't even swallow the fact that that's going on.

"People know that there's pedophilia and stuff out there, but to take it as far as someone like him and to use his fame to get victims, I don't even know what to say. I have no comment on that. He has some mental issues that really, really need to be handled immediately, obviously."

LOSTPROPHETS announced in October that they were splitting up, explaining in a statement, "After nearly a year of coming to terms with our heartache, we finally feel ready to announce publicly what we have thought privately for some time. We can no longer continue making or performing music as LOSTPROPHETS. Your love and support over the past 15 years has been tremendous, and we'll be forever grateful for all you've given us. As we look forward to the next phase of our lives, we can only hope to be surrounded by people as devoted and inspiring as you guys have been."

LOSTPROPHETS formed in 1997 and have sold 3.5 million albums in their 16-year career. They scored a No. 1 hit at Modern Rock radio in 2004 with the track "Last Train Home".