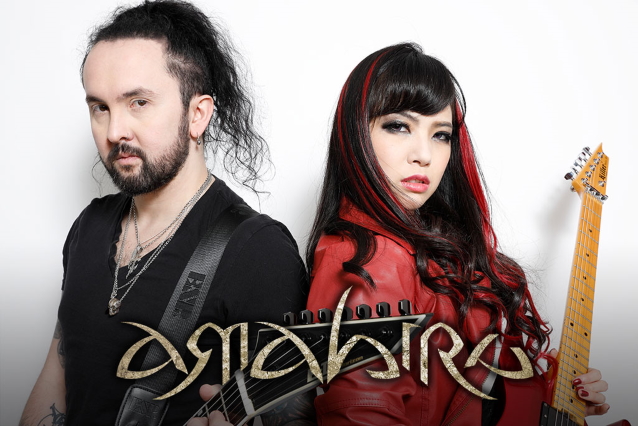 AMAHIRU, the musical collaboration between Frédéric Leclercq (KREATOR, ex-DRAGONFORCE) and Saki (MARY'S BLOOD, NEMOPHILA),will release its self-titled debut album on November 27 via earMUSIC in Europe and the U.S. and and Ward Records in Japan.

The official music video for AMAHIRU's second single, "WTTP", can be seen below.

Frédéric and Saki's friendship started in 2015 when MARY'S BLOOD opened for DRAGONFORCE in Hong Kong. They got along very quickly and it didn't take long until they came up with the idea to collaborate on a musical project. Many ideas exchanged between them for the following few years, and finally, the time has come to release their self-titled album.

Some prominent musicians in the metal scene gathered to make this project a real band. Coen Jansen from EPICA, who helped with some keyboard works for the new DRAGONFORCE album, played keyboards on the disc. Then comes Mike Heller, who has been known as a super drummer of FEAR FACTORY and RAVEN. As AMAHIRU's vocalist, Archie Wilson was invited to join the group. This vocalist from the U.K. may be less known than other musicians involved in this band, but obviously he became the key to AMAHIRU's music. Frédéric says: "He has a powerful voice, great sense of rhythm and he is versatile, 'cause he can hit those high notes, sing in a mid register and also be both melodic and aggressive; the perfect match for AMAHIRU." Elize Ryd from AMARANTHE will also participate as a guest vocalist.

AMAHIRU's debut also includes a guest appearance by Sean Reinert from the American progressive rock band CYNIC, who, unfortunately, passed away in January. Moreover, some tracks include a shakuhachi performance played by Kifu Mitsuhashi, known for being awarded the Shiju hosho (the Medal of Honor with Purple Ribbon) and the Order of the Rising Sun. This is what we call a combination of occident and orient.

"Amahiru" was mixed by Jens Bogren, who has previously worked with DRAGONFORCE, KREATOR and SEPULTURA, among others. Mastering was done by Tony Lindgren, Jens's right-hand person. Cover artwork was created by Travis Smith, known for his collaborations with OPETH and KING DIAMOND.

The Japan edition will have a bonus DVD which includes two music videos, filmed in Japan.

"Amahiru" may sound like a Japanese word, but actually it is not. Oddly enough, it was coined by Frédéric himself, not by Saki. In fact, the word was born in his dream.

"We were trying to find a name and I had a dream in which someone was asking me to sign a contract for this band, AMAHIRU, and the number 13 kept appearing in the contract," Frédéric recalls. "When I woke up, I actually remembered the dream vividly and started to do my little 'thinking process.' I made the name AMAHIRU, so that it would be easier to pronounce for the Japanese people. But I wonder, does it mean anything? I type the name on the Internet, nothing. Then I tried Hamahiru just for different spelling sake, and here is the freaky thing, Hamahiru means 13 in Basquian. And I don't speak Basquian at all!"

Regarding AMAHIRU's musical direction, Leclercq says: "I'm influenced by many artists, pretty much anything I hear I can consider an influence and music should be the reflection of that. With AMAHIRU, I personally wanted to do something groovy and melodic and still metal/hard rock. We didn't want to make 12 songs sounding the same. Saki and I have a lot in common musically and it was really easy to work together in the same direction." 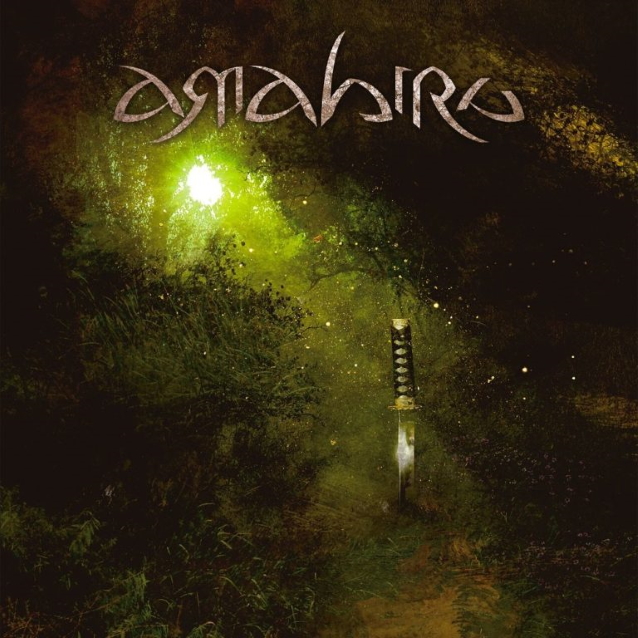