German thrash titans KREATOR, SODOM, DESTRUCTION and TANKARD, collectively known as The Big Teutonic 4, have announced to release yet another prestigious 10-inch vinyl record. After the huge success of the first release in early 2013, the second output will contain rare cover versions of iconic NWOBHM classics.

The 10-inch vinyl will be available in various colors (black, clear, red, yellow) and is exclusively available from the Nuclear Blast mailorder. The CD version will only be available in issue #334 of German Rock Hard magazine (out February 25). Both can be purchased here.

Comments Mille Petrozza of KREATOR: "As teenagers, we were die-hard fans of RAVEN. This song perfectly reflects the lifestyle back then and was the second cover version we recorded in a studio."

Says Tom Angelripper of SODOM: "When TANK released the 12-inch single 'Don't Walk Away' in 1981, it was the first time I got in touch with this awesome band and the title track is still one of my favorite songs. They inspired me to become a die-hard metal fan until the rest of my life and keep my own band as a trio ensemble."

Adds Schmier of DESTRUCTION: "Shortly before we formed DESTRUCTION, we were all together at a SAXON concert in Switzerland on their 'Denim & Leather' tour. 'Princess...' always was on of my all time fave tracks from the british NWOBHM masters. This very unique riff was already the first step into speed metal, by that time we did not know how important this evening was — a night and a song that has definitely influenced us all the way!"

Says Gerre of TANKARD: "The first two MAIDEN albums are my personal favorites so it's a real honor to me, that our version of 'Iron Maiden' will finally be available on vinyl. It was super fun to record and even Paul Di'Anno once said in an Crossfire interview with Rock Hard magazine that he liked our version. There couldn't be any better accolade and we're very exicted to see The Big Teutonic 4 continued." 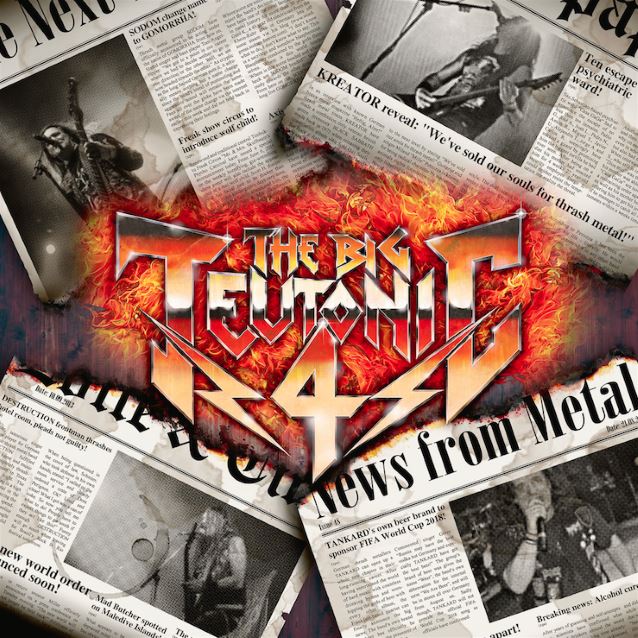